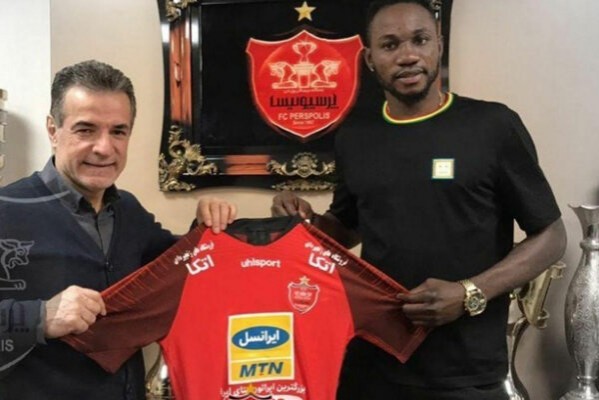 Tehran Times - Persepolis club have signed Nigerian striker Christian Osaguona on a half-season deal and the Reds hold an option to extend his deal for a further year.

The Nigerian arrived in Tehran on Monday and underwent medical tests ahead of sealing a six-month move to the defending champions of Iran Professional League (IPL).

Osaguna, 29, scored four goals in 19 games for Zob Ahan in 2019 when he experienced his first spell in Iran league. He began his professional career at Benin Premier League’s club Les Buffles FC du Borgou and then served a lot of clubs such as Raja Csablanca (Morocco), Westerlo (Belgium) and Umm Salal (Qatar). After leaving Zob Ahan he went to South Korea to play for Jeju United in the 2019-2020 season.

Speaking to the official website of Persepolis club, Osaguna said: “I’m really happy to join a great team like Persepolis. I have played in IPL before and I know Persepolis is the most popular team in Iran.”

He insisted that Persepolis will give him the best opportunity to shine.

“It’s a great feeling. Playing in front of the numerous fans of Persepolis who support you is every player’s dream. I want to help team to win the league at the end of season” he said.