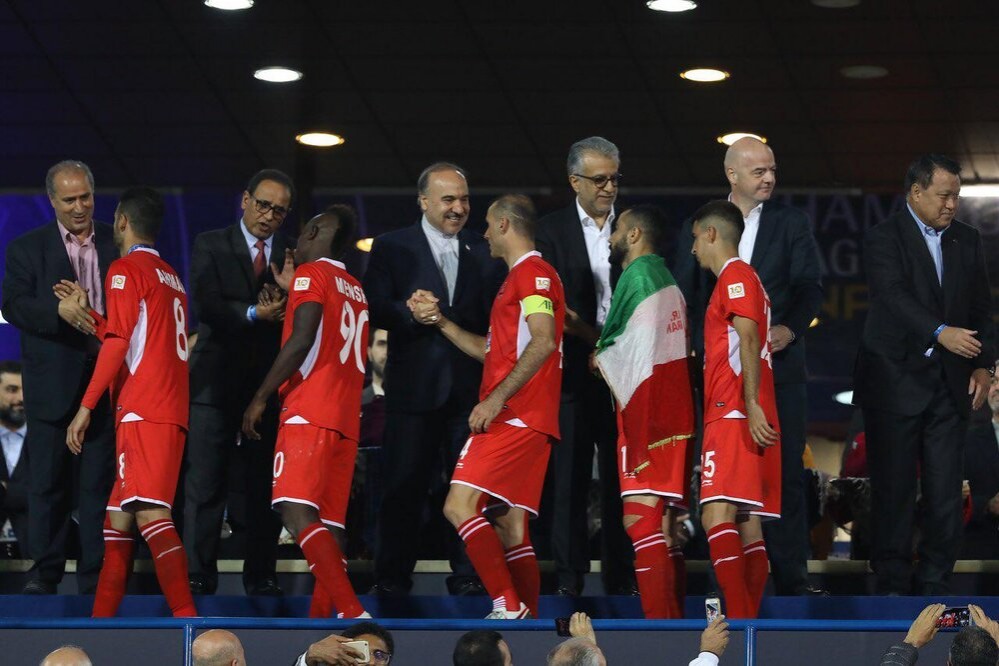 Tehran Times - Regardless of how disappointing the banning Iranian teams from hosting AFC Champions League looked, it is an irrefutable fact that Iran needs sports diplomacy to overcome difficulties of the current situation.

Football is more than just a game played on the field for the Iranian people. And it is widely acknowledged the Iranians are the most loyal fans in Asia.

A match between Persepolis of Iran and Kashima Antlers of Japan in the 2018 ACL Final held in Tehran’s Azadi Stadium proved the FIFA and AFC officials the importance of football for the Iranian fans and now the question is: why the wildly enthusiastic fans should be deprived of their rights?

Teams from Iran and Saudi Arabia meet in neutral venues for AFC Champions League clashes from 2016 after two countries failed to resolve their political differences, while the Asian Football Confederation (AFC) ruled all matches would be played on a home-and-away basis as planned between Qatari and Saudi Arabian teams.

Also, Qatar has recently hosted the Persian Gulf Cup with the participation of Saudi Arabia and the UAE and it shows that the Qatari officials utilized sports diplomacy to overcome the complications of the current situation.

AFC has banned the Iranian teams from hosting the matches in their homes and it seems a cruel action but to withdraw from the matches is not the best solution since it will isolate our sports more.

In reaction to AFC decision, Iran's parliament member Mohammadreza Tabesh said: “Banning our country from hosting the matches, is a decision beyond the sports’ perspectives and we must resolve this issue with the use of sports diplomacy. We have seats in the Asian Football Confederation and this problem should be resolved through negotiation."

Iranian national football team get ready to host Iraq and Bahrain teams at the Azadi Stadium in the 2022 World Cup qualification and the continuation of the current condition could jeopardize the country’s right to take advantage of its home matches.

Houshang Nasirzadeh, the former head of legal committee of the Iran football federation, has said that to withdraw from the competition could lead to a different outcome.

“I also believe that AFC’s decision is not acceptable but the confederation will ban our football for two years if we pull out from the competition,” he said.

There is no doubt that Iran is a safe country but the politicians are well served with the knowledge of how to use sport to ﬁt their purposes. THEY don’t want to make the condition worse.