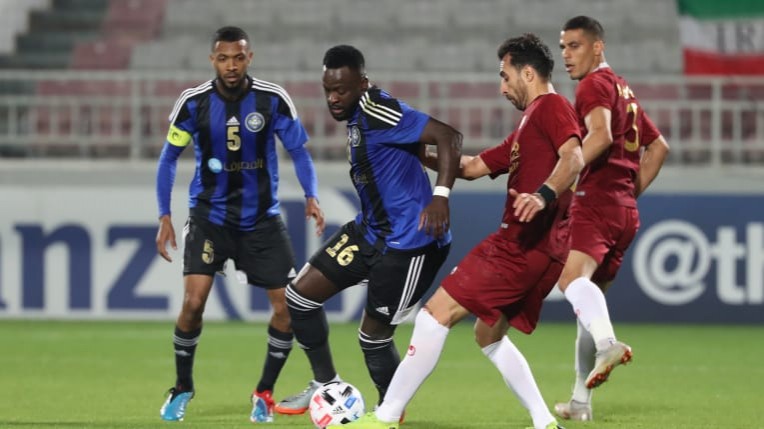 Goalkeeper Mahdi Rahmati was the hero for Shahr Khodro, producing a brilliant shootout save to deny countryman Karim Ansarifard before Saeid Sadeghi struck the decisive blow after more than 120 minutes of hard-fought action.

Shahr Khodro’s success means there will be four Iranian clubs in the group stage, while Al Sailiya will need to wait at least a year longer for their maiden taste of Continental group stage football.

With both sides vying for a first-ever group stage berth, there was a unanimous desire to gain an early advantage, but despite several bright attacking moments there would be no breakthrough in the first half.

Shahr Khodro were aiming to become the 13th club from Iran to reach the group stage, but it was Team Melli forward Karim Ansarifard who emerged as one of the biggest barriers to their progression, particularly when the Al Sailiya forward rattled the side netting 10 minutes before half-time.

But chances came at both ends, and Shahr Khodro’s Mohammad Hossein was somewhat unfortunate to see his goal bound effort blocked after a spill from Al Sailiya goalkeeper Khalifa Ababacar, who produced a more convincing moment when he batted away a long-range Amin Ghaseminejad strike just before half-time.

The hosts came out firing after the break, with Mahir Yusuf drawing a fine near post save from Rahmati in the 52nd minute, before Ansarifard struck the crossbar shortly after.

But despite those near misses, the decisive goal failed to materialise, giving each side 30 minutes of extra-time to decide their AFC Champions League destiny.

For the second time on the night, it was Hossein who found himself on the end of the one of Shahr Khodro’s best chances, but this time he headed wide from eight yards, with the remaining minutes of the extra period providing few clear cut opportunities.

After 120 scoreless minutes, both sides found their shooting boots from the penalty spot, but Rahmati stopped Ansarifard’s effort to give his side the crucial advantage, before Sadeghi drove home the winner to spark wild celebrations among the Shahr Khodro bench.

With a place in the tournament proper achieved, the Mashad-based side will begin their Group B campaign against reigning champions Al Hilal SFC, in a group which also contains Pakhtakor and Shabab Al Ahli Dubai.