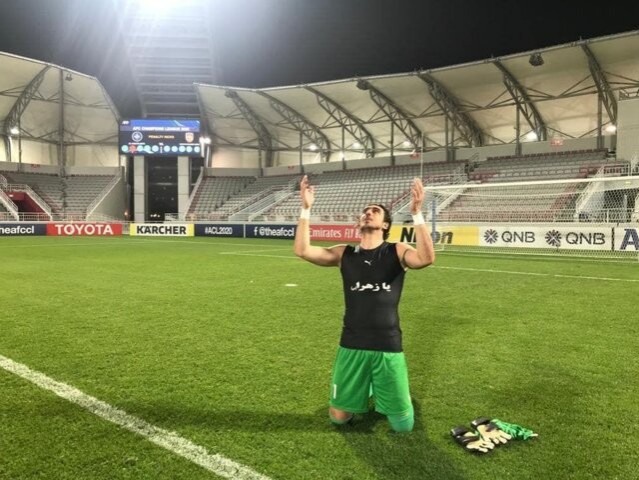 He produced a brilliant shootout save to deny countryman Karim Ansarifard before Saeid Sadeghi struck the decisive blow after more than 120 minutes of hard-fought action.

Rahmati will represent the fourth Iranian club in the AFC Champions League.

He has already represented Iran with Fajr Sepasi, Sepahan and Esteghlal in the competition.

Shahr Khodro became the 13th club from Iran to reach the group stage.

The Iranian team is in Group B along with reigning champion Al Hilal SFC, Pakhtakor and Shabab Al Ahli Dubai.