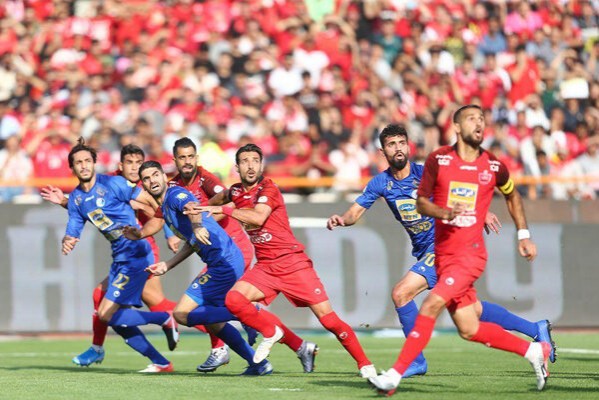 One of the most historic club rivalries in Iran and Asia has become even hotter in this season. What’s more, this week’s game could have a huge say in the 2019-2020 IPL title race.

Persepolis will come into the game five points clear at the top of the table after Sepahan’s goalless draw against Machine Sazi two weeks ago. Esteghlal, meanwhile, are now eight points behind back in fourth spot so they realistically need to win at this game to keep their title hopes alive.

On Saturday, Yahya Golmohammadi’s side defeated Sanat Naft 1-0 in an impressive challenge in Abadan, thanks to a free-kick from versatile midfielder Ahmad Noorollahi. Meanwhile, Farhad Majidi’s men defeated Naft Masjed Soleyman 2-1 in Tehran.

The Reds are at their best form with seven wins in their last seven league games and nine out of nine in all competitions. Golmohammadi, head coach of Persepolis, has complete confidence in his players.

“We have a special game ahead of us. Tehran’s derby is one of the most important games and one of the greatest derbies in the world. We have very good players who have always been able to make right decisions and perform well in difficult situations and big games” Golmohammadi said.

He believes in Persepolis players’ mentality: “They have a strong mentality and they are born winners. I hope that we will see a good match from the both sides on Thursday so the fans can enjoy the game.”

Esteghlal, had a very poor start to their season, but they recaptured their form under their ex-coach Andrea Stramaccioni and then continued the form with his successor Farhad Majidi, the popular ex-player of the team. With Majidi on the hotseat the Blues have had three wins in a row at the AFC Champions League and IPL.

Majidi pointed to the importance of the Red-Blue derby in his press conference.

“The match against Persepolis is important to both teams and we can’t deny the game’s importance,” He said.
The head coach of Esteghlal called his team “the winning team” and he refused to talk about Persepolis' strengths: “The winning team talk about their awesomeness and what they are going to do in the match. The losing team speak about what they should do against their rival.”