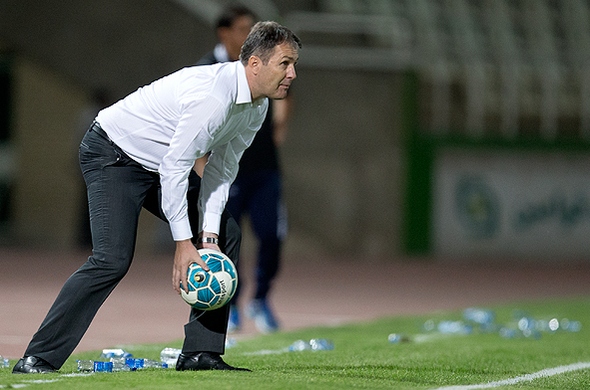 Tehran Times - Dragan Skocic says that to coach Iran national football team is the biggest challenge in his career.

He was appointed as Team Melli coach on Thursday and replaced Belgian coach Marc Wilmots.

Skocic followed in the footsteps of Stanko Poklepovic, Tomislav Ivic, Miroslav Blazevic and Branko Ivankovic, all of whom managed the Iranian football team successfully.

“It’s certainly an honor that my name is alongside the other great Croatian coaches. Croats are highly respected here so I'm really happy that I've gotten the opportunity to be the coach of Iran, a great football country,” says Skocic in an interview with sport.hrt.hr.

Skocic has been working in Iran since 2013 and has led four clubs, Malavan, Foolad, Knooneh be Knooneh and Sanat Naft.

“With three of the four teams I led, I made the greatest successes in their history. I think this was one logical sequence and very tangible. To lead Team Melli is actually the biggest challenge of my career,” the 51-year-old coach added.

Iran currently sit third in Group C of the second qualifying round with six points from four matches.

The winners of all eight groups and the four best runners-up will secure a place at the third qualifying round.

“There will be a difficult task ahead of us. Matches against Bahrain and Iraq are very important. Both games will be played in Tehran’s Azadi 100,000-seater stadium. The expectations are so high and I hope we advance to the next stage. The match against Iraq will be a key match and interesting because the Iraqi team is headed by my friend Srecko Katanec,” he stated.

“Everyone wants us to qualify for the 2022 World Cup, especially after a great performance at the previous edition in Russia, where Team Melli almost achieved a historical feat in the group with Spain, Portugal and Morocco,” Skocic concluded.