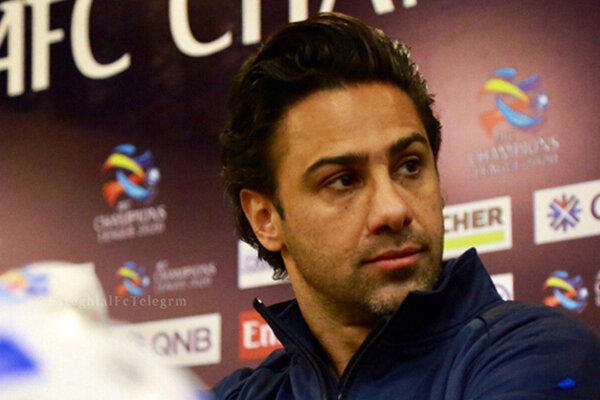 Tehran Times - Esteghlal coach Farhad Majidi says that they are not afraid to play any team in the forthcoming 2020 AFC Champions League.

The Iranian Blues are scheduled to meet Iraq’s Al Shorta in Group A at the Franso Hariri Stadium in Erbil on Monday.

While Al Shorta booked their place in the group stage as domestic champions, Esteghlal had to negotiate two qualifiers, and did so in style, brushing aside Kuwait SC 3-0 in the Preliminary Round 2 before demolishing Qatar’s Al Sailiyah SC 5-0 in the Play-off round.

Now, Majidi says they are ready to face any opponent in the continent.

“We are ready to show a good performance against Al Shorta but we’re a little worried about our physical fitness because our players are very tired,” Majidi said in the pre-match news conference.

“In the previous four matches I’ve coached Esteghlal, we scored 12 goals and just conceded three goals and it shows that how strong we are. In Tehran derby against Persepolis, we should have won the match but they escaped the loss with a late goal. Esteghlal are not afraid of any team in Asia.

“We have analyzed Al Shorta very well and will play for a win,” he added.

Esteghlal forward Cheick Diabate will be absent in this match after he suffered a foot injury in Iran league but Majidi is not worried about that.

“Diabate is a great player but we have other players to fill his place,” Majidi concluded.