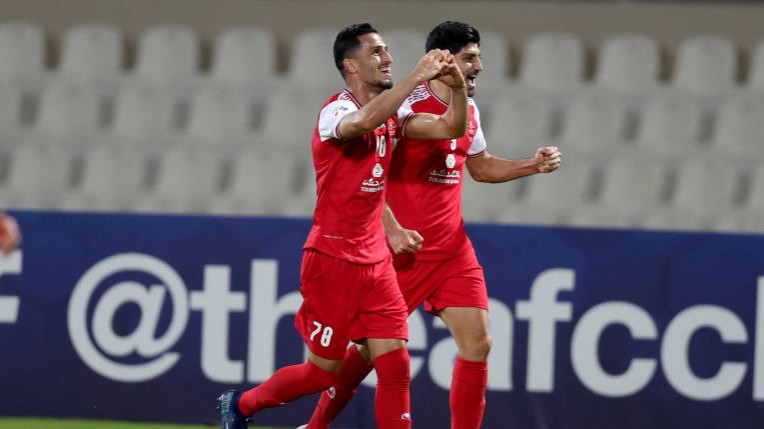 AFC - Fans at Sharjah Stadium were treated to a fine display of attacking football as Sharjah FC and Persepolis FC played out a 2-2 draw in Matchday Two of the 2020 AFC Champions League Group C on Tuesday.

Both sides went into the match hopeful of overturning a rough patch; Sharjah had lost their last three games in the competition, although two of those dated back to their last appearance in 2004.

Persepolis, meanwhile, had lost four of their last six.

It wasn’t long after kick-off that the first real chance of the match produced the opener.

Mahdi Torabi supplied a defence-splitting pass that left the Sharjah players watching as Ali Alipour made a run behind their lines and struck first-time with his left past Adel Al Hosani in the ninth minute.

The home fans erupted with joy in the 25th minute as Mohammed Khalfan drove home Sharjah’s first goal of the 2020 AFC Champions League.

A well-worked attacking move saw Al Hassan Saleh supply Caio inside the box and the winger crossed for Khalfan who was well-positioned to convert it past Alireza Beiranvand for the equaliser.

Persepolis’ response was instant, straight from the subsequent kick-off. The Iranian players exchanged 14 passes before Torabi and Alipour combined again to find the back of the net. It was again Torabi who supplied the pass and Alipour hitting the target from the edge of the box to restore the visitors’ lead in the 27th minute.

Just before the half came to a close, Sharjah found an equaliser again. Ryan Mendes collected a loose ball on the right flank and advanced into the box before unleashing a powerful drive into the roof of the net to make it 2-2.

Unlike the first half, there was little in the way of clear-cut chances for either side in the second 45 minutes as the two sides settled for a point each at the end of 90 minutes.

The result, coupled with Al Taawoun’s 2-0 victory over Al Duhail in the other Group C match, means Al Taawoun top the table with six points, while Al Duhail are second with three points. Persepolis are third ahead of Sharjah courtesy of their two away goals, with both sides collecting a point.