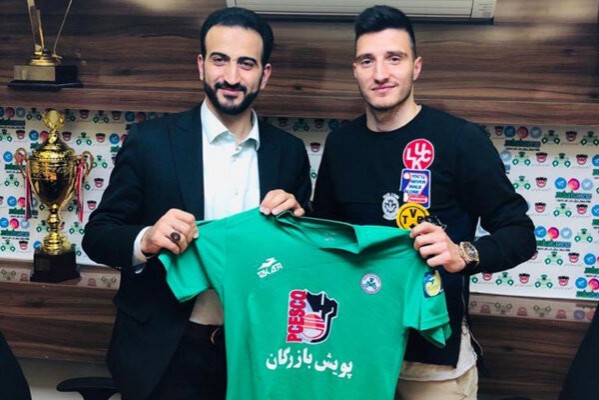 The 25-year-old player started his playing career at the Serbian club Zemun in 2010 and has also played in Bulgarian and Greek clubs.

Markovic has most recently played at Macedonian football club Rabotnichki.

He has joined the Isfahan based football club until the end of the season but the details of his contract have not been disclosed.

Zob Ahan are five points above the relegation zone in Iran Professional League after a run of five wins in their last 20 matches.