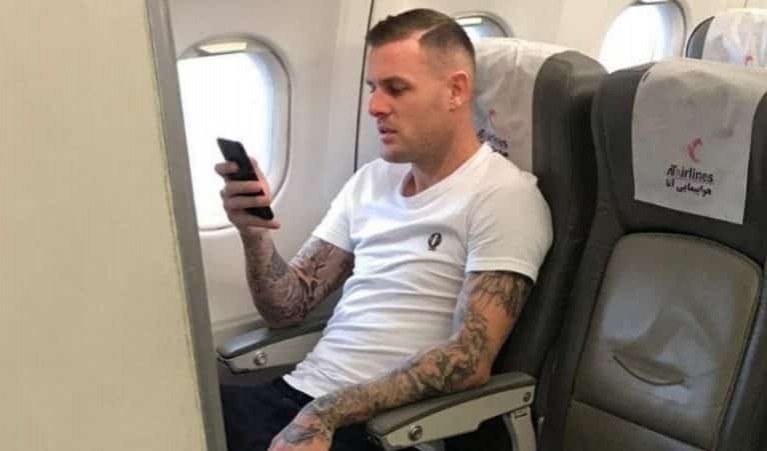 Thescottishsun - ANTHONY Stokes insists he HASN'T been sacked by his Iranian club side Persepolis and will return to the club as soon as the threat of coronavirus has passed.

The former Hibs and Celtic striker appeared in court back in Scotland this week charged with stalking his ex-girlfriend and breaching a court order, after spending three nights in a police cell following his arrest by armed police as he stepped off a plane on Friday.

Already facing disciplinary action from the club for missing training and leaving Iran without permission, Persepolis managing director Mohammad Hassan Ansarifard then went on the record to say the 31-year-old wouldn't be back in the country.

He would be reporting the player to Fifa and seeking compensation for wages paid to him under his six-month contract which ends in June.

But Stokes has taken to social media to claim those comments are wide of the mark.

Not only has he not "left Persepolis", he explained on Instagram that unable to return to the country as the flights were stopped and the Borders were closed.

Ninety two people have lost their lives in the Asian country this far as a result of the virus.

Stokes said: "Let me be clear here, I have not left Persepolis. 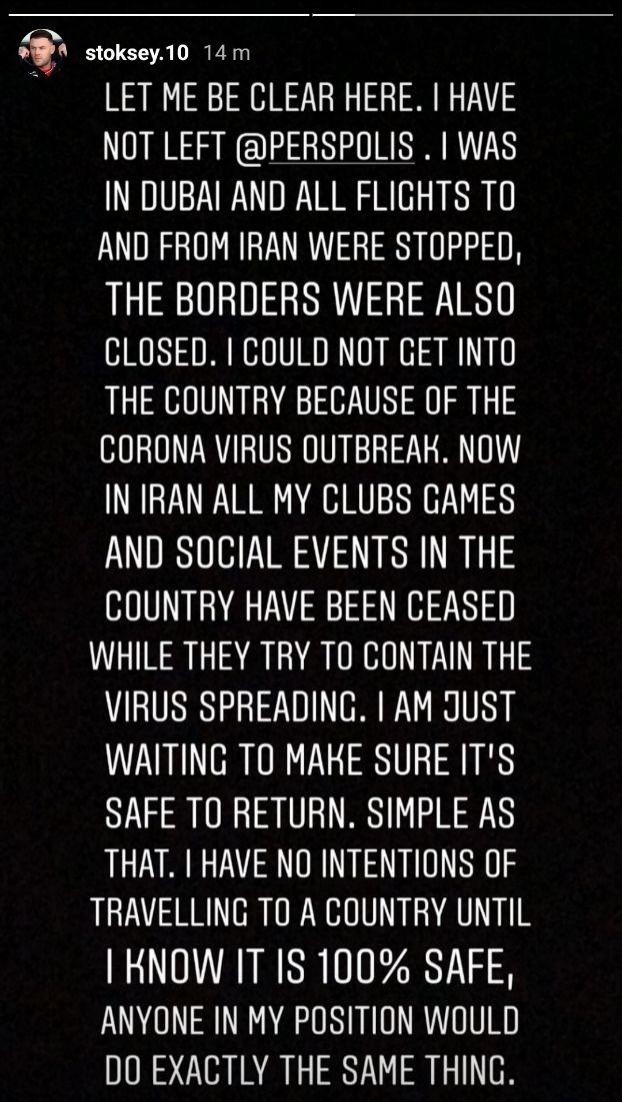 "I was in Dubai and all flights to and from Iran were stopped.

"The Borders were also closed. I could not get into the country because of the corona virus outbreak.

"Now in Iran all my clubs games and social events in the country have been ceased while they try to contain the virus spreading.

"I am just waiting to make sure it's safe to return, simple as that.

"I have no intentions of travelling to a country until I know i is 100% safe, anyone in my position would do exactly the same thing."

The Irishman shared details of a conversation which appeared to be with a representative. "I talked to them yesterday," the agent was quoted as saying. "They want you to [go] back."

The denial flatly contradicts the assertion from Persepolis managing director Mohammad Hassan Ansarifard that they have now ended his contract and will be seeking compensation from him.

"We wanted Stokes to return to Iran so we could go through the disciplinary process in the correct manner for his breaches of contract.

"However, following his court case, he will no longer be a Persepolis player. We don't want him to return, but we do intend to report him to FIFA. We have to do this to protect the club.

"He has also received a substantial salary from us and has not fulfilled his contract, therefore we will be seeking compensation from him."