A legend of Iranian football with well over 100 caps for his country, Hosseini first appeared in the AFC Champions League when he reached the quarter-finals with debutants Saipa in 2008 before he also reached the last eight with both Sepahan and Naft Tehran.

It is, however, in more recent times as captain of Persepolis that Hosseini has had his biggest impact, captaining the Tehran giants to a first-ever semi-final appearance in 2017 and then going one better a year later. 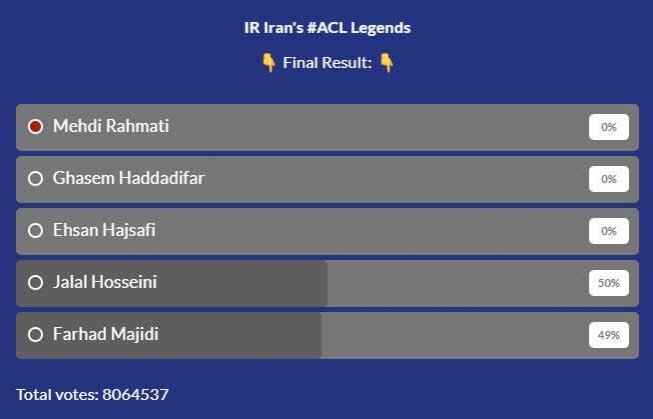 In a campaign noted for drama at Azadi Stadium, Hosseini scored a last-minute winner against the UAE's Al Jazira in the Round of 16 before his goal began a remarkable comeback in a quarter-final win over Qatar's Al Duhail.

Persepolis then edged past Al Sadd in the semi-finals, allowing Hosseini to lead his side out in the final. Unfortunately for the now 38-year-old, Kashima Antlers' 2-0 win prevented them from becoming Iran's first-ever AFC Champions League winners.