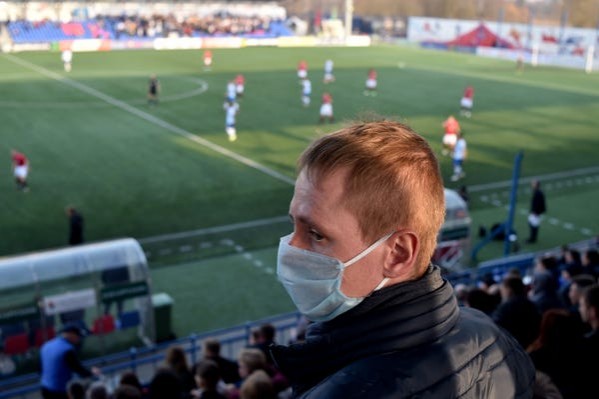 PLDC - World football has a big problem on its hand in the shape of the coronavirus outbreak. Collectively, something needs to be done by leagues around the world to ensure two things happen.

The first is that an agreed and fair end to the season is decided. This may be playing in the summer, going behind closed doors or ending and voiding the season all together.

The second is that smaller clubs who are in financial difficult because of the virus need to be looked after by the bigger clubs in each nation if possible. The last thing we want to do is lose clubs and see them go bankrupt because of this outbreak, let’s hope everyone survives.

Can Every League do the Same?

This is where the problem lies. We have leagues such as the MLS in the USA that has just started, they should be able to cut down their season and finish without any problems. Then we have those nearly at the end of their season, and on the verge of announcing champions, promoted teams and relegated teams.

Liverpool in the Premier League are on the verge of ending their 30 year wait for a league title, and are currently well ahead and just moments away from winning the league. Should they be gifted it, should they play on until its won or should we forget the whole thing and start again from scratch next season?

Those who watch the Premier League and have backed Liverpool for success will certainly be hoping that they are given the chance to lift the title. There is a chance it will be behind closed doors, and the fans won’t be allowed a parade, but that is better than nothing. Without a doubt, plenty of people will be sat at home with wagers on Liverpool, waiting for them to win the league so they can get paid out.

They are certainly going to be title favourites next season too, regardless of how this one ends and many people will be looking for Liverpool to double up as they back them to dominate again. You can find the best online betting offers here to use while placing season wagers on the Premier League.

How Will Iran End Things?

Smaller leagues like the ones we have in Iran are probably not going to be able to make their own decisions. While they are free to do what they like in some aspects, decisions will have to follow what everyone else is doing.

This will mean waiting until leagues such as the Premier League, La Liga and Serie A have decided what to do with their 2019/20 campaigns, and then we can here from the Iranian FA about their plans.

The current standings show Persepolis well clear by 10 points, so they will be hoping that the league can continue in some way so they can collect the league title officially at some point over the next few months.