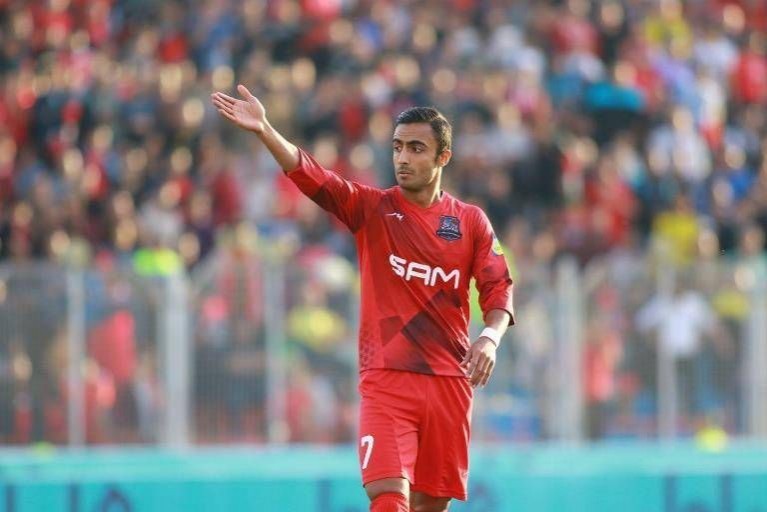 SportsKeeda - I-League club East Bengal are set to sign PIO Iran winger Omid Singh from Persian Gulf Pro League club Naft Masjed Soleyman FC for the upcoming season, Sportskeeda has learnt. According to sources, the deal is in the final stages and both the parties are expected to reach an agreement any time soon.

In case you don't know, Omid Singh was in news last year after India's head coach Igor Stimac called him to the national camp for the Intercontinental Cup. However, government rules didn't allow him to don the Indian national team's jersey as dual citizenship is not allowed in the country.

Omid, whose father hails from Punjab, holds a PIO card but hasn't decided yet on surrendering his Iranian passport. To be eligible to represent India on the international stage, he needs to not only surrender his PIO card but also apply for an Indian passport, which is a cumbersome process and can take around 15 months.

Omid started his professional career in 2012 with Gahar Zagros in the Persian Gulf Pro League before playing for a host of clubs in Iran in the first two tiers. This will be his first stint outside Iran in case the deal breaks through.

Omid is known for his pace and dribbling abilities and has accumulated 5 goals and 4 assists in 67 appearances in Iran's top flight, operating mainly on the left flank. However, he is comfortable playing on the other side of the field too.

Omid won't be the first player from Iran to sign for the Kolkata giants. In the 1980s, Mahmood Khabaji, Jamshid Nassiri, and Majid Bishkar plied their trade for East Bengal in India, with the latter also making the cut for his nation's 1978 FIFA World Cup squad.

While it will be too early to comment whether Omid can replicate the feat of the legendary trio, East Bengal will be more than happy to unveil him as the first foreign signing for the next season.