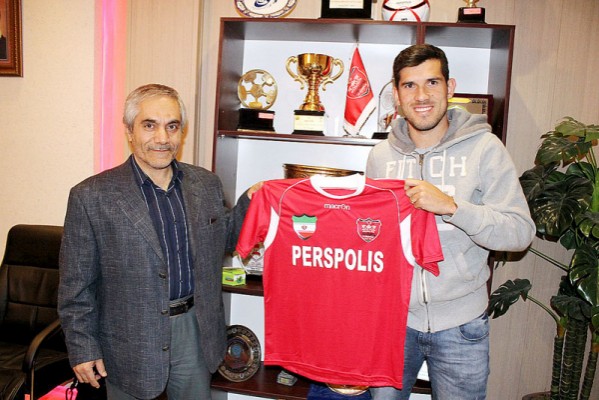 Tehran Times - Persepolis can pay part of their debts through the release of a fraction of their blocked money in FIFA.

FIFA has responded to the request from the Iranian club, Persepolis, to pay $23,000 to their ex-midfielder Fernando Gabriel and another $10,000 to the Reds' former assistant coach Serten Cuk.

According to FIFA's letter, Persepolis can settle the unpaid wages to their former staff through their revenues from the 2018 FIFA World Cup allocated to the clubs whose players contributed to the competition.

Earlier, FIFA had opposed the payment of money to international creditors of Persepolis, but due to the decision of FIFA's Disciplinary Committee, the international governing body of football has agreed to deposit money into accounts of Gabriel and Cuk.

Persepolis have about $ 650,000 blocked funds at FIFA, which they are unable to receive due to the International sanctions.

Serten Cuk was named as Persepolis coach in June 2016 and played a role in the Iranian giants' success in that season of Iran Professional League (IPL). A year later, he parted ways with the team. He was Branko Ivankovic's assistant coach.

Fernando Gabriel, the Brazilian attacking midfielder, signed a contract with the Iranian team in January 2015 and left the club at the same year after playing just 13 games for Persepolis. He is the current player of Emirati side Fujairah.