US sanctions on Iran 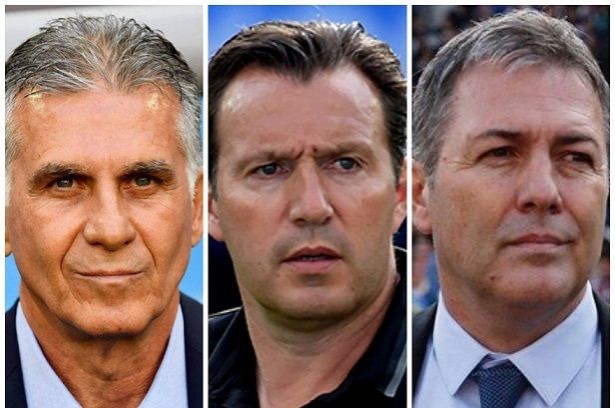 Tehran Times – Imagine you have just four lives in a video game and entering into the next stage depends on how you keep your lives. That’s all. The only thing you need is to stay focused. However, it doesn’t work in Iran football.

Iran national football team have four must-win games ahead in the 2022 World qualifiers against Hong Kong, Cambodia, Bahrain, and Iraq.

The Persians are seeking to qualify for the prestigious competition for the third time in a row, BUT mismanagement could jeopardize the chance of winning a berth.

Team Iran, now, sit third in Group C five points behind Iraq, while they would have stayed top of the table if the football officials had not made the multiple wrong decisions in the last year.

Marc Wilmots was hired as replacement for Carlos Queiroz in May but stepped down from his job just six months in charge and the federation, it’s sad to say, must pay him millions of euros.

Under stewardship of Wilmots, Iran defeated Hong Kong and Cambodia and lost to Bahrain and Iraq and in my opinion, he didn’t do much while we paid dearly.

After several months, the federation opted to choose Sanat Naft coach Dragan Skocic for the four upcoming matches but the qualifiers were postponed due to coronavirus outbreak.

Based on the abovementioned, we have just four lives and the only thing we need is to stay focused. So, why the football federation distracts from the forthcoming events.

The General Assembly of football federation was due to take place on March 15 but it was deferred after FIFA ordered the federation to postpone the event until the national governing body amended its statutes.

Now, it has announced that the elections will be held in September.

While the federation must concentrate on the fast-approaching events, it’s dealing with a real problem to elect its new president.

Iran football has no enough time to make more wrong decisions and one more mistake could cost time and lives.