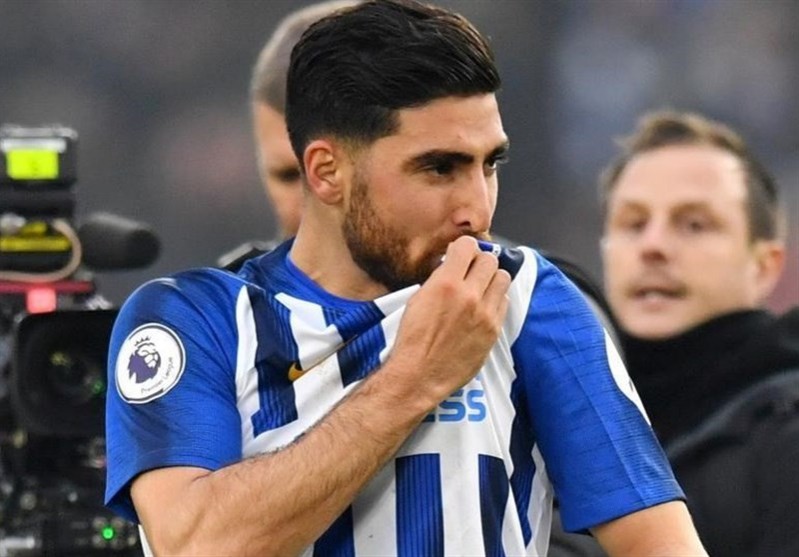 Tasnim – Albion midfielder Alireza Jahanbakhsh in an interview talked about his early days as a footballer and revealed who he looked up to in football.

“The most important games that I remember were the qualification matches for Iran to get into the 1998 World Cup in France. I was five or six years old and remember watching to see how they did. Iran did well in the qualification and people were really excited about the games. My family are big football fans and we all watched them,” Jahanbakhsh said in an interview with brightonandhovealbion.com.

“That generation has been one of the best ever that played for the country. We had a player called Mehdi Mahdavikia who was always my idol. He played in Germany for 12 years. When I was a bit older, I remember the 2002 World Cup, the Brazilian Ronaldo was my biggest idol then. I was now playing football myself with my friends and I was always trying to act like him,” he added.

Jahanbakhsh made his Iranian Pro League debut at the age of 17 for Damash Gilan, becoming one of the youngest ever players.

“It was amazing to be honest. I was young and wanted to get as many minutes as possible in the first division. I wanted to learn and progress. Funnily enough the year I broke into the side, the player I mentioned earlier whom I looked up to, Mehdi Mahdavikia, was returning from Germany! He played in right midfield and I played right-back in my first game. I couldn’t believe it. It really was a dream come true for me to play against one of my first heroes. I played there for another season and enjoyed a really good campaign, and then I moved on to Holland in 2013,” Jahanbakhsh concluded.