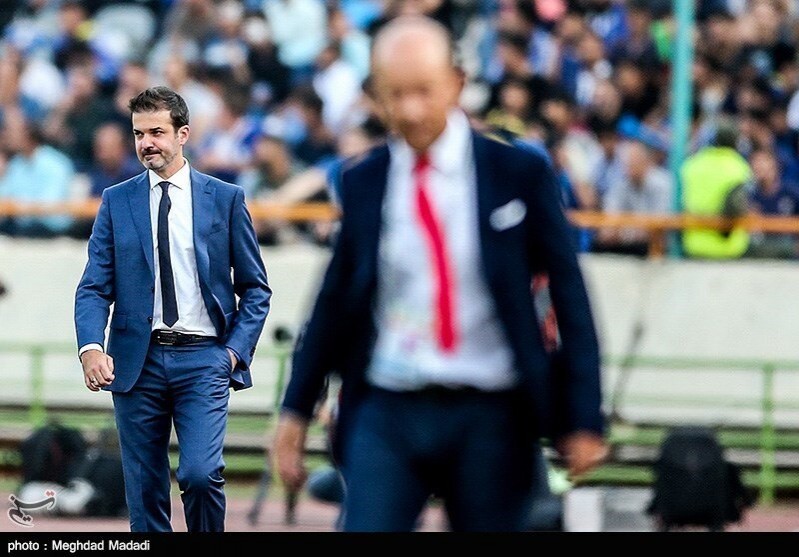 Tehran Times - The number of head coach changes in the Iran Professional League (IPL) has increased drastically during the last few months.

In modern football, many teams who obtain disappointing results, decide to replace their head coach in the middle of the season, hoping to improve their performance.

To date, 33 different head coaches have been employed at just 12 clubs in the 2019-2020 season of the Iranian football elite league. That includes several coaches who have had multiple managerial careers at the various clubs at the same season.

Only in the last week, four teams have seen manager changes on their benches.

With six matches left to play, Mehdi Pahazadeh took the lead of struggling Shahin Bushehr. Sohrab Bakhtiarizadeh will lead Shahr Khodro from now on as he replaced Mojtaba Sarasiaei who stepped down from his role in Mashhad based football team. Italian coach Stefano Cusin was Shahr Khodro's football team interim coach for a single league match.

Hooman Afazeli was appointed as Machine Sazi coach two days after he had shockingly stepped down as coach of Pars Jonoubi. Then, on Thursday, Sirous Pourmousavi, the ex-Iran U19 football team coach, was introduced as Pars Jonoubi's new trainer.

So far, only four teams, namely Saipa, Sepahan, Foolad and Naft Masjed Solyman, have not altered their managers.

Whereas the costs of coach changing strategy are clear, particularly paying a wage for the new manager while the old manager is entitled to receive his full salary, the benefits are less clear.

In Iranian football, the continuous manager turnover has different reasons. Usually, dismissals or changes should be typically decided after a number of repeated negative results.

However, about firing the managers, we have seen other reasons rather than for the expected improvement in the team’s performance.

For example, financial problems of some clubs and failing to pay the wages led to the departure of foreign coaches such as Andrea Stramaccioni and Gabriel Calderon from Esteghlal and Persepolis, respectively, despite their successful run in their stint at the helm.

Team boards and general managers may also overestimate their own ability to undertake replacement decisions, or firing the manager may represent a convenient tool for owners and directors of the clubs to calm frustrated stakeholders and supporters and displace blame for the poor performance away from themselves.

The big problem in Iranian football is that just a certain number of coaches replace each other in a constantly repetitive process, and new faces rarely enter this cycle.

Coaching changes were supposed to take each of the Iranian football teams in new directions. How does it work?