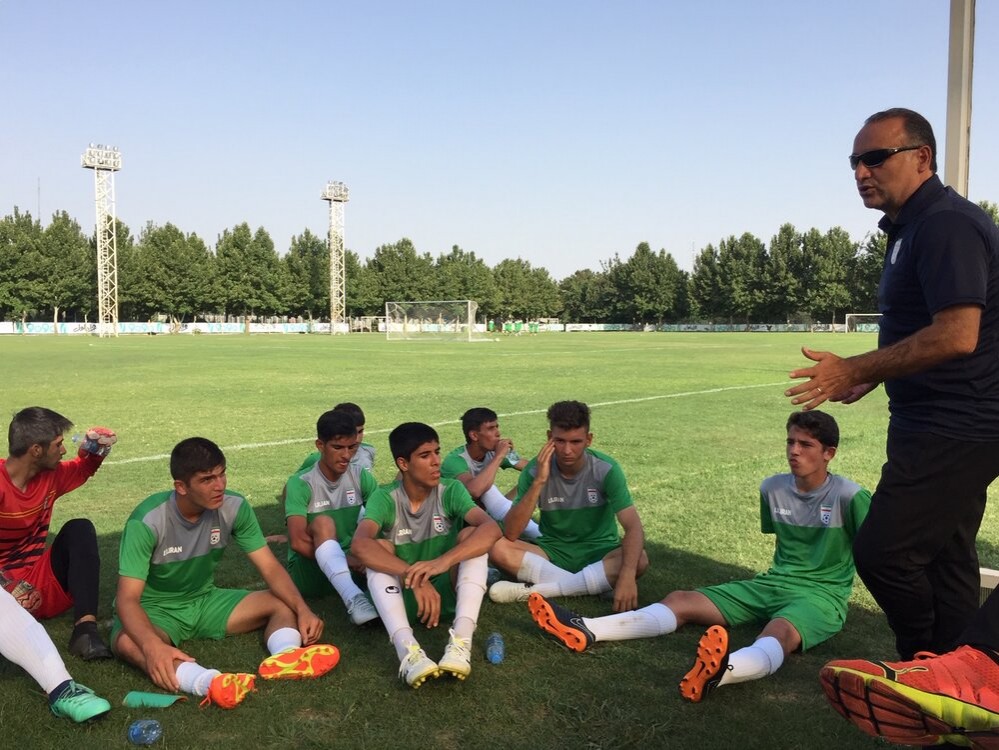 Tehran Times - The head coach of Iran U16 national football team, Hossein Abdi, hopes that his team will move forward step by step in the difficult condition caused by coronavirus pandemic, with maximum support from the Iranian football authorities.

The Iranian U16 football team started their training camp in Tehran from last week to prepare for the 2020 AFC U16 Championship.

“Before the outbreak of the coronavirus, we were supposed to have several training camps and participate in some tournaments,” Abdi said. “But since February, we lost time due to this global crisis.”

The Iranian boys have started the new training camp from July 18 under the medical and health protocols that have been set for all the football teams by the Iranian health authorities.

“Fortunately, the three-month postponement of the tournament gave us a valuable time to prepare the team with a better condition,” Abdi added.

The accommodation of the national team’s technical staff and players is different in order to observe the maximum physical distance.

The 19th edition of the AFC U16 Championship will be held in Bahrain from November 25 to December 12. A total of 16 teams compete in the event in four groups of four.

Iran are in Group A of the competitions along with the hosts Bahrain, North Korea, and Qatar. Abdi believes that it is the toughest group of the tournament.

“Bahrain are the hosts of the tournament and will benefit from the hosting rights, and like Qatar, they have made a huge investment in the development of youth football. In my opinion, we are in the most difficult group in the competitions.”

Iran and North Korea will hold the opener of the event on November 25. The Persians will next take on Bahrain on November 28 before locking horns with Qatar on December 1.