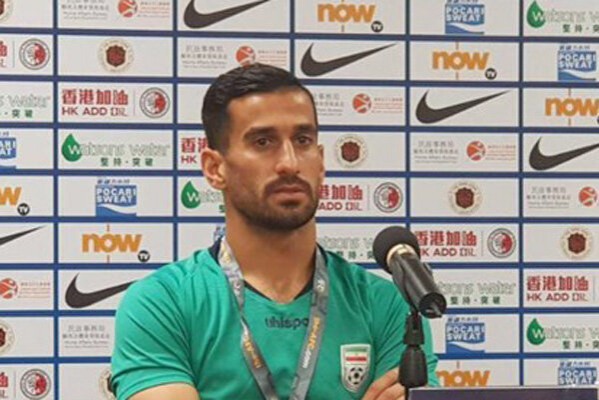 MNA – Team Melli’s left-back Ehsan Haji Safi hoped that Dragan Skocic could revitalize the team in the path to the 2022 World Cup.

In an interview with the Iranian Football Federation magazine, Haji Safi, who has played for Iran in two World Cup and three AFC Asian Championship events, expressed hope about the future of Team Melli.

“I hope that Team Melli would return to its heyday with Skocic. The condition in the group stage is very tough. I hope that our conditions would improve and we would advance to the next round and win the World Cup quota like previous editions,” he said, highlighting “Wait for us in the World Cup.”

The Croatian Skocic took the reins at Iran in February after parting company with Iranian top-flight team Sanat Naft. He replaced Belgian Marc Wilmots who had failed to obtain good results and had problems with the Iranian federation regarding payment issues. Skocic’s appointment had brought some backlash as some fans and experts believed that he may not be capable of managing Team Melli as he has no experience in national teams. Meanwhile, others believe that his experience as a coach in an Iranian club and his familiarity with the country can lead to his success.

Iran is third in Group C, five points behind Iraq, and must win their four matches to qualify for the 2022 World Cup qualification next stage. The matches have been postponed to October and November because of the COVID-19 outbreak.