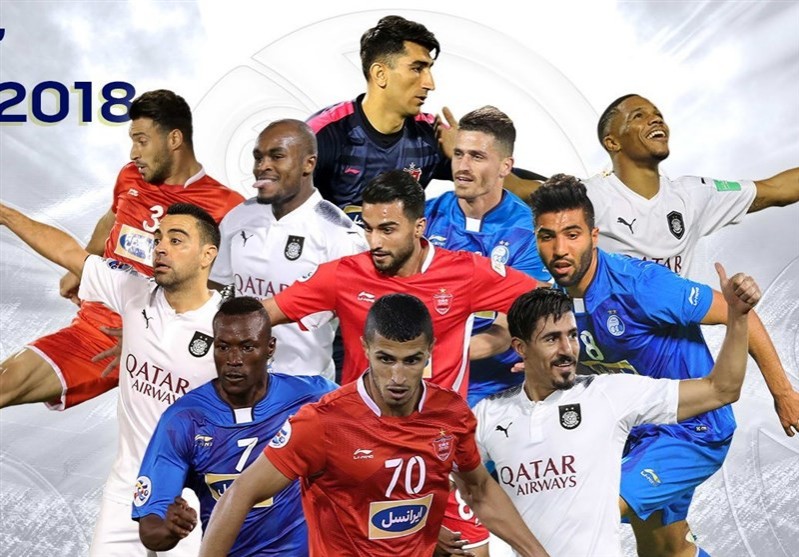 Tasnim - After more than 250,000 votes, the fans' Best XI from the 2018 AFC Champions League has been decided with the final line-up featuring a host of standout performers from the competition.

The 2018 AFC Champions League was filled with classic matches, nail-biting moments and fabulous individual performances and, after reviewing the competition's key players, the-afc.com presents the 'Dream Team' as voted by the fans.

Alireza Beiranvand collected a huge 89% of the votes, the popular Persepolis custodian and 2018 runner-up was out in front by some distance, with Kashima Antlers' three-time AFC Champions League winner Kwoun Sun-tae (10%) coming second.

Abdelkarim Hassan's performances in Al Sadd's 2018 campaign were so impressive that they helped him win the AFC Player of the Year award at the end of the campaign and the fans have reflected this too, naming the Qatari star as the left-back in the-afc.com’s XI.

Siamak Nemati more than played his part in what was Persepolis' best AFC Champions League performance to date and the fans have rewarded him with a whopping 68% of the votes.

Nemati takes the right side of the-afc.com’s three-man midfield with countryman Farshid Esmaeili and Barcelona legend Xavi, who received the second and third most votes respectively, taking up the other two spots.

There were plenty of super strikers to choose from to lead our frontline but, ultimately, it was Persepolis forward Ali Alipour who came out on top ahead of Mame Thiam of Persepolis' fierce rivals Esteghlal.

Al Sadd's Baghdad Bounedjah, who was the tournament's top scorer, rounds out the three-man attack in this exciting-looking all-star team from the 16th edition of the AFC Champions League.