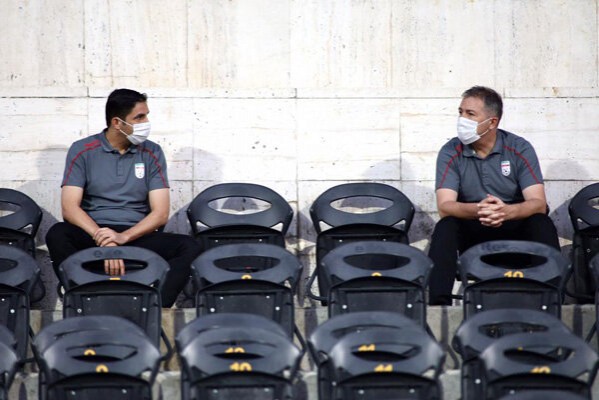 Tehran Times - Despite the returning of football matches around the world after a long time on hiatus, the international games are still under the influence of the outbreak of the coronavirus pandemic, and the 2022 FIFA World Cup qualifiers are still unclear as to when and how they will be held.

The 2022 World Cup scheduled this year was postponed to 2021 on Wednesday due to the coronavirus pandemic.

FIFA and the Asian Football Confederation issued a joint statement saying the delay is to protect the health and safety of all participants from COVID-19.

Iran national football team’s training camp was supposed to start on Aug. 27 as part of the preparation for the 2022 FIFA World Cup qualification.

Dragan Skocic, who was named Iran coach on February 6, has not yet had the opportunity to start the training with his players.

The AFC’s decision to postpone the qualifiers left the Iranian national team without an agenda until the end of the year.

However, the Football Federation of the Islamic Republic of Iran (FFIRI) confirmed last week that the national team’s training camp would start as it was scheduled, and the “Persian Leopards” will face Uzbekistan in a friendly match on Sept. 7.

So far, Skocic has tried his best to work according to the plan for the preparation of the national team by appointing his assistant coaches and attending different Iran Professional League (IPL) games as much as possible.

The Croatian coach, however, in light of growing concerns and evolving nature on COVID-19 and given that the new schedule for the resumption of the World Cup qualifying matches has not been announced yet, will face some confusion about how to prepare the team for the four crucial games ahead in the competition.

While one of his concerns was the short time to prepare the national team for the matches, now Skocic sees too much time ahead of him without an official game.

As the virus spreads across the globe, sports bodies are canceling or postponing events. In such a situation, the national football team has a tough task for qualifying to the FIFA World Cup for the third time in a row.