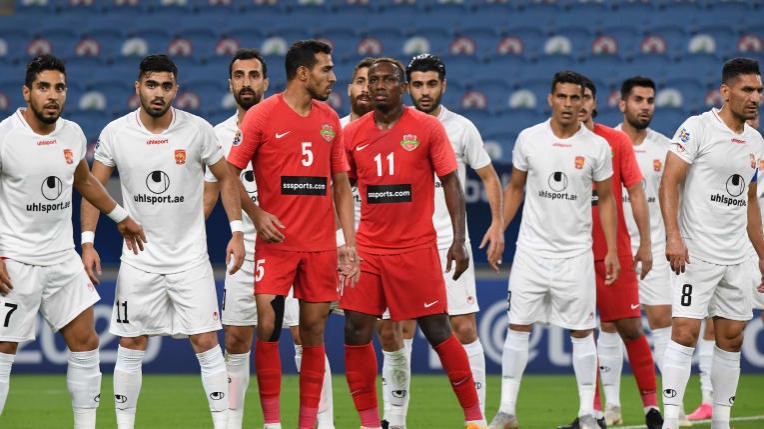 AFC - A beautiful solo goal from youngster Harib Abdallah was the difference as Shabab Al Ahli Dubai FC managed their first three points in the 2020 AFC Champions League with a win over Islamic Republic of Iran's Shahr Khodro FC in Group B.

With both teams having lost their opening two fixtures, they set out to get their first points of the campaign ahead of their next game against each other three days later.

Playing their first competitive fixture since March, Shabab Al Ahli’s first chance of the game came early on when 2015 AFC Footballer of the Year Ahmed Khalil struck a placed shot at Shahr Khodro keeper Matin Safaeian, who was able to make the save.

The first 15 minutes were characterised by intense pressure from the Dubai side, whose efforts were met by physical challenges that resulted in a number of indirect free-kicks being leveled into the penalty area.

Safaeian was called into action again when Khalil headed a high ball down into the path of Abdullah Al Naqbi, who in turn placed a shot above the keeper yet the latter just about managed to tip it over the crossbar.

The first half lost intensity as time went on after a spell of dominance by Shabab Al Ahli gradually eroded with neither of the teams posing a threat after the half hour mark, while a rise in physical challenges increased the number of stoppages due to fouls. 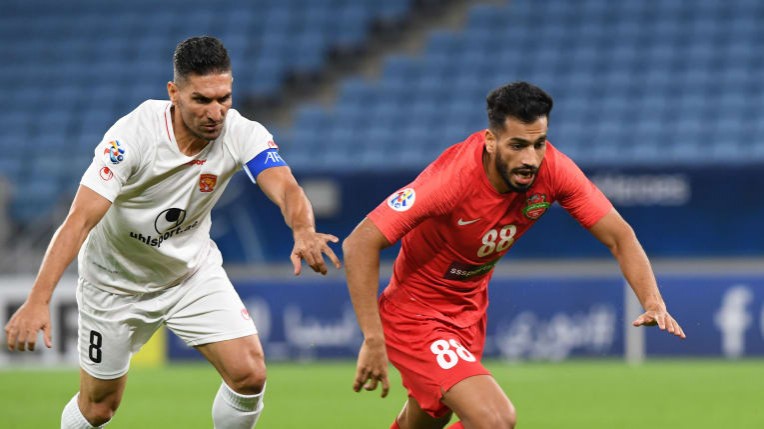 A few minutes into the second half Khalil blasted wide, with the next 15 minutes bringing virtually no final third action bar a header by Al Naqbi that fell wide of the goal from Azizjon Ganiev’s free-kick.

Al Naqbi was the centre of the action again after Khalil’s through ball found him, and one on one with the keeper, the midfielder somehow slashed wide from eight yards.

In a rare chance for Shahr Khodro, the Iran Pro League side’s attack managed to string a number of passes outside their opponent’s area, but it ended when Akbar Sadeghi skied the shot.

Substitute Abdallah finally opened the scoring a quarter of an hour from time in magnificent fashion, dribbling down the right wing and taking on several players, and subsequently placing a low shot which took a touch from Safaeian before hitting the bar and bouncing into the net.

The match sprung into life after the goal, with the Iran side responding at the other end of the pitch with a shot from Amin Ghaseminejad that Majed Nasser gratefully held. Another shot followed this time when Mohammed Khalatbari left footed a shot, which again Nasser managed to save with relative ease as the game ended with Abdullah's solitary goal for the Emiratis.

The two sides play each other again on Thursday at the same stadium with another defeat spelling exit for Shahr Khodro.