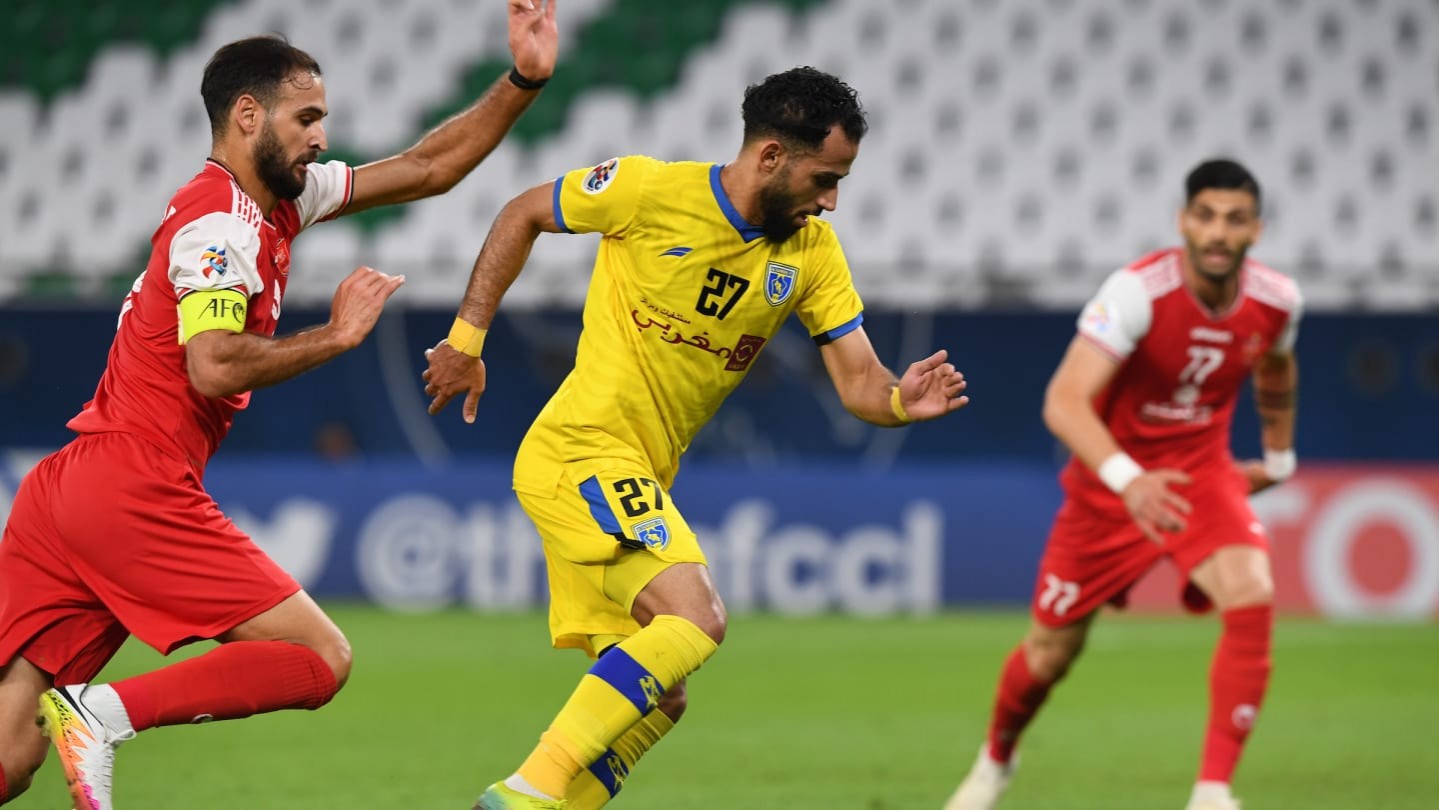 Persepolis went into the game chasing their first win in the 2020 edition, but for them to do so, they needed to overcome group leaders and hitherto unbeaten Al Taawoun.

After a cagey opening 20 minutes, the first chance of the game fell Al Taawoun’s way as centre-back Iago Santos looked to send a towering header towards goal, but his attempt went marginally over the crossbar.

The two sides continued to battle in the middle of the park, with no major chances being created at either end for most of the first half.

With 10 minutes to go until the break, right-winger Fahad Al Rashidi dribbled his way to the byline before sending a low cross into the path of Mitchell Duke who took it first time from five yards out but goalkeeper Hamed Lak produced stunning back-to-back saves to deny the Australian twice and Sultan Madash fumbled the rebound to waste Al Taawoun’s biggest chance of the half.

Al Rashidi continued to be the main creative outlet for the Saudis, and in the final minute of the half, he once more made progress down the right and delivered a cross that was cleared by Siamak Nemati, but only as far as Cedric Amissi who controlled and struck on the half-volley, forcing another fine reflex save from Lak as the first half ended goalless.

The pattern continued in the second half, but with Persepolis seeing more of the ball and looking more adventurous as the game ticked on.

Head coach Yahya Golmohammadi’s men had their best chance of the match in the 72nd minute when club captain Ahmad Nourollahi powered a header from a Bashar Resan free-kick, but goalkeeper Cassio produced a diving save to keep the danger away.

The deadlock was finally broken with eight minutes to go through the unlikeliest of sources. An out-swinging corner at the near post was nodded onto the path of defender Khalilzadeh, who was well-positioned at the far post to control and apply a left-footed finish into the bottom corner to hand Persepolis what would prove to be the winning goal.

Despite the defeat, Al Taawoun remain top of Group C thanks to a superior head-to-head record over second-placed Al Duhail SC who had beaten Sharjah FC earlier in the day to reach six points, while Persepolis climb above Sharjah into second place with four points, just two behind the group leaders at the halfway point.