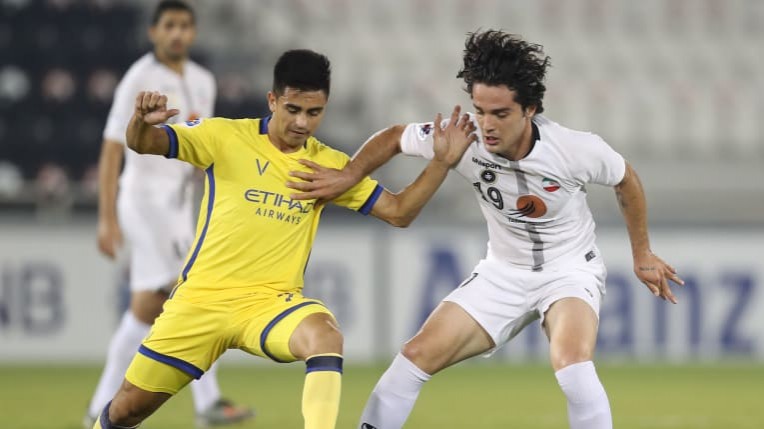 AFC - Goals from Abdullah Madu and Abderrazak Hamdallah sealed the points for Saudi Pro League side Al Nassr FC in a 2-0 win against Sepahan FC on Matchday Four of Group D of the 2020 AFC Champions League on Friday.

In the match between the two sides on Tuesday, Al Nassr managed a comfortable 2-0 win courtesy of an Hamdallah brace either side of half time.

The first real threat came from Sepahan, when Australian keeper Brad Jones was called into action early on to deal with a howitzer from range by Rasool Navidkia, the former parried away.

Close to the 20 minute mark, Soroosh Rafiei left three defenders in his wake as he dribbled into the penalty area closer to the right side of the pitch, before approaching Jones’ goal and attempting a chip that settled on the top of the net.

The Riyadh based side opened the scoring after a string of passes attempted to break down the compact Sepahan defence inside the area, the end of which came when Hamdallah tapped the ball to Abdullah Madu, who chipped the ball from close range which keeper Payam Niazmand was unable to reach.

Instantly after, Sepahan almost drew level when Daniel Esmaeilfar broke loose on the flank to fire a low cross into the net - the cross was met by striker Sajjad Shahbazzadeh who attempted to flick it in with the back of his heel but Jones was perfectly placed to deal with it.

Hamdallah doubled the lead five minutes from the end of the first half, when Sultan Al Ghannam controlled Pity Martinez’s chip into the area before playing it through to the Moroccan who made no mistake, firing it low into Niazmand’s goal.

With 15 minutes left on the clock, Hamdallah missed a sitter and golden chance to stretch the lead even further when he went one on one with Niazmand and attempted to go around the keeper but his touch was heavier than needed, and the ball went out for a goal kick.

The result leaves Al Nassr at the helm of Group D with 10 points, seven points ahead of third placed Sepahan, meaning their place in the Round of 16 is sealed while the Iran Pro League side face an uphill battle to catch up with Al Sadd in second place, who are five points ahead of them.