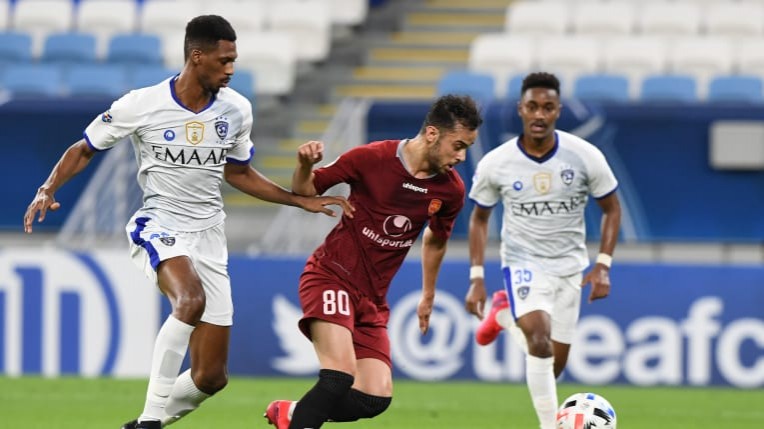 AFC - Reigning champions Al Hilal SFC confirmed their place in the 2020 AFC Champions League Round of 16 with a 0-0 draw against Islamic Republic of Iran's Shahr Khodro FC on Matchday Five of Group B on Sunday.

When the two teams met earlier in the year, Andre Carillo and Bafetimbi Gomis found the net in a 2-0 Al Hilal win, and Shahr Khodro have lost all their games since.

A severely depleted Al Hilal side with only three substitutes, two of whom were goalkeepers, took to the pitch and looked lively early on as they created chances in the first 20 minutes without converting.

It took 38 minutes for the first big chance to come, which fell to Shahr Khodro but Madallah Al Olayan intercepted and headed away their shot from the left flank, conceding a corner.

Al Olayan was involved in more action but at the other end of the pitch, when he received the ball and fired away from range, his shot was marginally high.

Instantly after, Mansour Al Bishi missed a sitter after Nasser Al Dawsari regained the ball high up the field and a consequent string of passes ended when Hatan Bahebri intelligently cut the ball back to Al Bishi, who with the slightest of touches put it over the net from a few yards out.

Shahr Khodro almost got their first ever AFC Champions League goal when Mohammad Khalatbary received a short corner and lifted a cross over the penalty area which was met by a rising Farshad Faraji, but the latter headed high.

Bahebri missed a golden chance to put his team ahead and add his second of the tournament 20 minutes from time, when Carillo received a ball on the edge of the area and dribbled inside before tapping it gently for the Saudi international who lashed a stinging shot at Mohammad Kia, but the young keeper parried away.

The result sees Al Hilal through to the Round of 16, while Shahr Khodro, already eliminated on Matchday Three, took their first ever point in their AFC Champions League history.