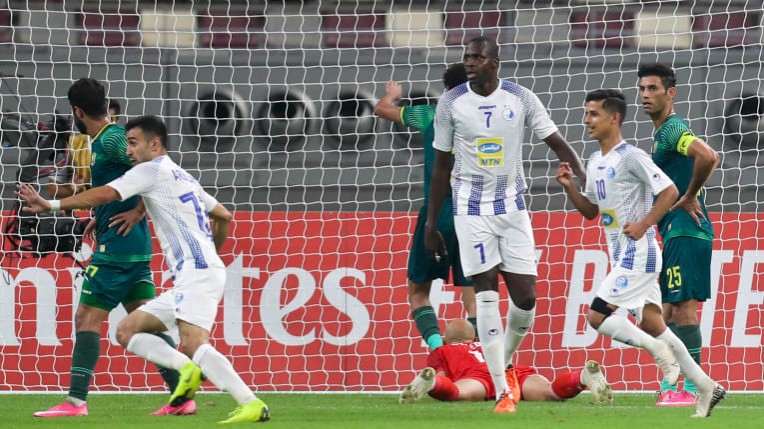 AFC - Group A’s second ticket to the 2020 AFC Champions League Round of 16 will have to be decided on Matchday Six after Iraq’s Al Shorta and Islamic Republic of Iran’s Esteghlal FC played out a 1-1 draw at Khalifa International Stadium on Sunday.

Both sides went into the game needing a win to join group leaders Al Ahli into the next round, with Al Shorta holding a three-point lead, but having played a game more.

The Iraqis, having played twice over the past week had momentum on their side in the opening minutes of the game and had the bulk of possession.

Following a Mohammed Mezher corner, Mazin Fayyadh climbed unmarked inside the box, powering a header towards goal, but Seyed Hossein Hosseini made a quality reflex save to deny Al Shorta their opening goal inside the first 10 minutes.

Fayyadh was the dangerman again five minutes later, the winger advanced through the heart of Esteghlal’s midfield and tried his luck with a left-footed effort from outside the box. Marwan Hussein tried to pounce on Hosseini’s spilled save, but defender Roozbeh Cheshmi was first to the ball and made the clearance.

Al Shorta’s number 14 finally got his goal in the 25th minute. Fayyadh lost his marker once again and guided his header from Ali Fayez’s corner kick into the bottom far corner of Hosseini’s goal to open the scoring for Al Shorta.

Esteghlal piled on the pressure after the restart and nearly got an equaliser in the 58th minute after a quick exchange of passes at the edge of the Al Shorta box released Mehdi Ghaedi free inside the box, but the youngster fired his effort straight at goalkeeper Ahmed Basil who pushed it away.

Al Shorta’s defences finally yielded under the Iranian pressure as Farshid Esmeili received the ball down the right flank and drilled a powerful effort that was spilled by Basil into the path of substitute Amir Arsalan Motahari who applied the finish from point blank to bring the game level in the 68th minute.

The result means Esteghlal need to defeat Al Ahli by two clear goals on Matchday Six, while a 1-0 win for the Iranians would mean they have an identical goal-difference to Al Shorta and the two sides would have to be separated by their disciplinary record. Al Shorta’s hopes of qualification now rely on Esteghlal losing their next game.