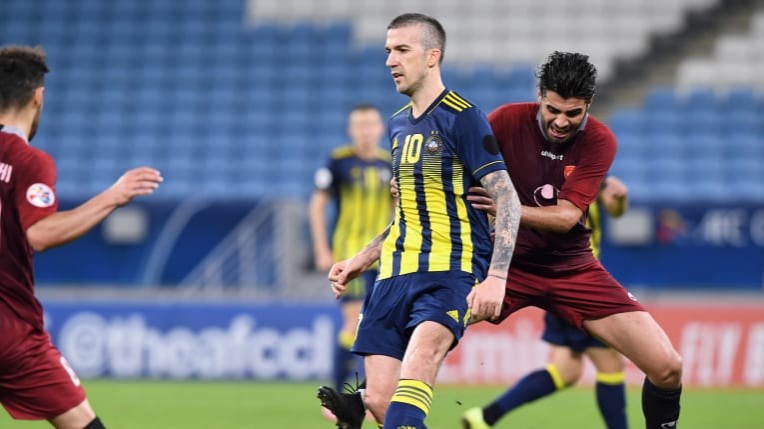 AFC - Pakhtakor FC sealed top spot in Group B of the 2020 AFC Champions League after defeating Shahr Khodro FC 1-0 on Matchday Six of the competition on Wednesday.

Pakhtakor’s qualification to the Round of 16 was confirmed after Al Hilal were deemed to have withdrawn from the competition after failing to name the required 13 players for their match against Shabab Al Ahli.

The decision meant all matches played by Al Hilal are considered null and void according to Article 6 of the AFC Champions League regulations and therefore Pakhtakor and Shabab Al Ahli Dubai have progressed to the Round of 16 from Group B.

On the pitch, the two sides started cautiously, and chances were few and far between in the opening half an hour.

Pakhtakor came within inches of scoring in the 57th minute when Dragan Ceran found space inside the box and headed Abrorbek Ismoilov’s cross but his attempt went narrowly over the crossbar.

The stalemate was finally ended in the 65th minute through Jaloliddin Masharipov’s second goal of the campaign. The winger rose highest to head in Javokhir Sidikov’s corner at the near post and put Pakhtakor in front.

Ceran came close to doubling Pakhtakor’s lead two minutes later after a well-worked move from a free-kick down the left flank that was played low for the Serbian who was positioned at the penalty spot but Ceran side-footed his effort just inches wide.

The result, alongside the annulment of Al Hilal’s results, means Pakhtakor end the group stage with 10 points from four games, finishing three points ahead of Shabab Al Ahli, while Shahr Khodro go home with no points and no goals.