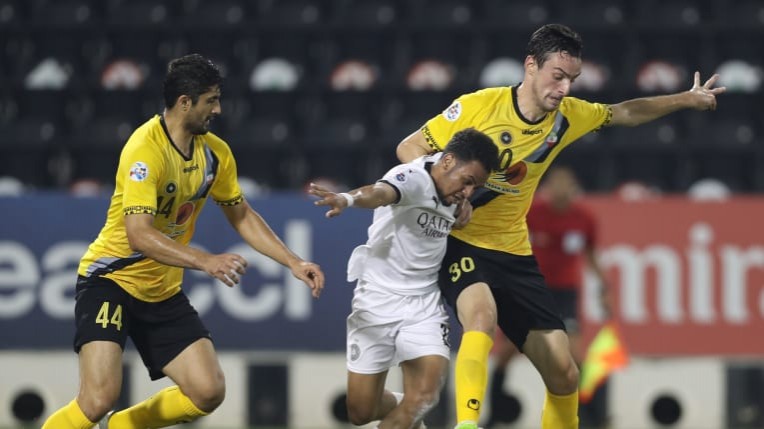 Sepahan had already been eliminated, having collected just four points from their previous five games, while Al Sadd had booked their place in the Round of 16 with a game to spare.

Al Sadd coach Xavi made 10 changes to his starting XI that played out a 1-1 draw against Al Nassr three days earlier, with only centre-back Tarek Salman retaining his place in the team, before being swapped for Abdelkarim Hassan at half time.

After a lively start to the game, Sepahan found the back of the net with their first major chance. Daniel Esmaeilifar sent a long ball down the right flank behind Al Sadd left-back Bahaa Mamdouh allowing Reza Mirzaei to control and lob Salman before firing with his left into the bottom corner to open the scoring in the 14th minute.

Al Sadd regrouped and saw more of the ball in the following minutes with veteran Rodrigo Tabata at the heart of their attacking play.

With eight minutes to go until the break, the 39-year-old drove from midfield and attempted an effort from range that grazed the side netting. Four minutes later he sent a cross from a left-sided set-piece that evaded everyone and needed a save from goalkeeper Seyedpayam Nizamandghader at the far post.

Sepahan retook the initiative in the second half and within six minutes of the restart Soroush Rafiei had beaten goalkeeper Meshaal Barsham with a header from close range but watched his ball ricochet off the upright.

The Iranian pressure mounted on Al Sadd defences, producing a second goal in the 53rd minute. Mirzaei advanced into the byline from the right wing and sent a across that was parried by Barsham into the path of Sajjad Shabazzadeh who applied the finish to double Sepahan’s lead.

Eight minutes before the final whistle, Yusuf Abdurisaq pounced on a light back pass from Esmaeilifar to his goalkeeper and squared for Hashim Ali who was left with a simple tap in to make it 2-1.

The result means Al Sadd finish in second place of Group D with nine points and will face the Group C winners in the Round of 16. Sepahan end their campaign in third place with seven points.