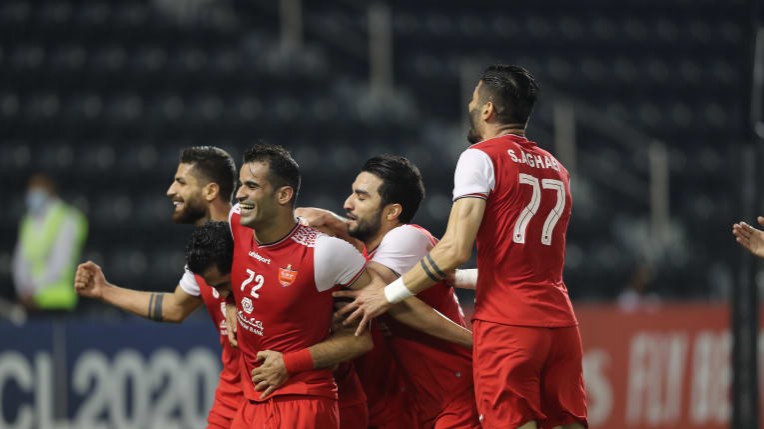 AFC - Three first-half headers helped Persepolis FC to a 4-0 win over Sharjah and a place in the 2020 AFC Champions League Round of 16 from Group C on Thursday.

Persepolis came racing out of the blocks and within two minutes they were in front after Ehsan Pahlevan displayed great skill to get past two players down the left and cross for Shojae Khalilzadeh who headed home his second goal of the campaign.

Sharjah weathered 15 minutes of Iranian pressure before getting their first chance of the match as Igor Coronado embarked on a solo run from deep in midfield before launching an effort that sailed high.

Hat-trick hero from Matchday Five, Welliton had a golden chance to equalise for Sharjah in the 29th minute. The Brazilian beat the offside trap and received Coronado’s chipped free-kick with just the goalkeeper to beat from six yards, but Hamed Lak made a heroic save to deny the Emirati side.

At the other end of the pitch, Adel Al Hosani put his goalkeeping abilities on display to make back-to-back saves. First, he adjusted his body quickly to tip Isa Al Kasir’s deflected effort from inside the box, then made a diving save to parry Saeid Aghaei’s cross-cum-shot second later.

Three minutes before the end of the first half, Persepolis doubled their advantage. Following an out-swinging Bashar Resan corner, Al Kasir climbed unmarked and powered in a header that clipped Al Hosani’s hand and went into the back of the net despite the Sharjah goalkeeper’s best efforts.

Just as the half headed to a close, Vahid Amiri made it a trio of headed goals for Persepolis. The IR Iran international winger found space at the far post to head in a Pahlevan cross from the left in an identical fashion to Khalilzadeh’s opener.

Sharjah came close to scoring in the 63rd minute when Coronado’s drilled effort from the edge of the penalty area was deflected into the path of Welliton who attempted to finish from close range but was denied by a fine Lak save.

Good defensive organisation from the Iranian side ensured Abdulaziz Al Anbari’s men had no clear-cut chances in the remainder of the match.

With just seconds to go, Persepolis signed off with a fourth goal as substitutes Arman Ramzani and Mehdi Abdi Qara combined with the former setting up a header that Qara converted from inside the box to make it 4-0 at the final whistle.

Al Taawoun’s 1-0 win over Al Duhail in the other Group C fixture means Persepolis top the group and will face Group D runners-up Al Sadd in the Round of 16, while Al Taawoun progress as runners-up and set-up an all-Saudi clash against Al Nassr in the next round.