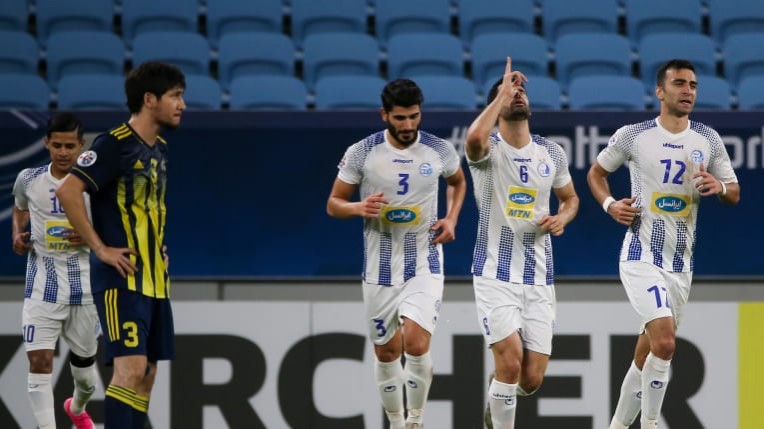 AFC - Pakhtakor came from behind to defeat Esteghlal FC 2-1 in the 2020 AFC Champions League Round of 16 at Al Janoub Stadium on Saturday, a result which sent the Uzbekistan side to the quarter-finals for the first time since 2009.

A physically intense opening half of an hour saw little in the way of scoring chances despite Pakhtakor’s clear dominance.

The Group B leaders had their best chance of the first 30 minutes when Dragan Ceran tested the goalkeeper from long range but Seyed Hossein Hosseini was alert and made the save.

With 32 minutes gone, Esteghlal’s Mehdi Ghaedi looked to make his way into the penalty box but was brought down just outside the area by Khojiakbar Alijonov.

Ali Karimi stepped up to take the resulting free-kick and beautifully curled it into the back of the net, leaving goalkeeper Eldorbek Suyunov rooted to the spot.

Two minutes before the end of the half, Pakhtakor found their equaliser. Sardor Sobirkhodjaev set-up Alijonov to cross from deep at the far post where Ceran was first to the ball, guiding his diving header past Hosseini to draw Pakhtakor level.

In the absence of COVID-19 stricken coach Shota Arveladze, it was down to his Dutch assistant Pieter Huistra to deliver the halftime talk, and his words set up Pakhtakor for a red hot start to the second half as they added their second within a minute of the restart.

A swift and progressive exchange of passes in the opposition half allowed Sobirkhodjaev to find Erin Deriyok with plenty of space down the right and the Swiss striker drilled a half-volleyed effort from the edge of the box into the bottom corner to give Pakhtakor the lead for the first time in the game.

Esteghlal looked to respond and by the 54th minute, they had a major goal scoring chance when Ghaedi cut inside from the left and whipped a cross into the six yard box for Diabate who poked it goalward, but Suyunov was well positioned and clutched into the ball to keep his side in front.

Pakhtakor controlled possession for long stretches of the second half and had multiple half-chances; most notably Jaloliddin Masharipov’s low shot from the edge of the box at the hour mark and the winger’s curled effort from a free-kick that crept agonisingly wide off Hosseini’s goal with 15 minutes to go.

With just nine minutes to go, Esteghlal had their last big chance to equalise as Ghaedi set up Diabate with a cute pass inside the box and the Malian forward beat his marker and had the goal at his mercy, but somehow fluffed his lines and sent the ball wide.

Pakhtakor join Al Ahli Saudi FC in the last eight as the Round of 16 continues with two games on Sunday; Al Sadd SC face Persepolis FC at Education City at 16:40 local time followed by the stage’s last fixture; an all-Saudi clash between Al Nassr and Al Taawoun on the same venue at 20:45.