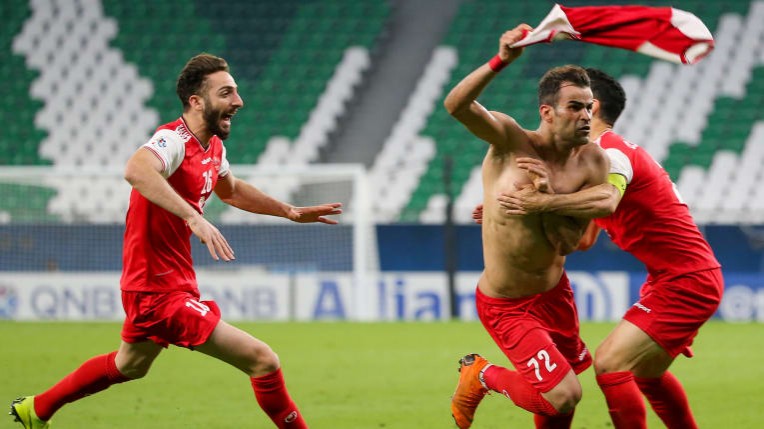 AFC - Persepolis FC left it very late to defeat Al Sadd SC 1-0 in the 2020 AFC Champions League Round of 16, securing their place in the quarter-finals for the third time in four years thanks to an 88th minute Isa Al Kasir header.

The two sides had met in the semi-finals of the 2018 AFC Champions League, with Persepolis emerging 2-1 winners on aggregate to reach the final. Since then, they also exchanged wins in the 2019 group stage.

Despite keeping possession for extended periods of the first half, Al Sadd’s only chances came through shots from outside the box. Santi Cazorla drew a save from goalkeeper Hamed Lak in the 13th minute and Mohammed Jadoua’s effort from distance went agonisingly close on the wrong side of the post.

A quick break from the left flank saw Persepolis' Ehsan Pahlavan dribble down the left and cross low for Vahid Amiri who was free at the near post but on trying to apply a first-time finish, could not direct it goalward.

Persepolis came as close as possible to opening the scoring without actually doing so at the hour mark as Resan moved into space on the right and crossed it for Kasir who beat his marker to the ball and applied the finish but his effort hit the upright.

It was déjà vu nine minutes later as the two players combined again, and once more Resan’s cross found Kasir in space but this time the ball ricocheted against the crossbar.

With 15 minutes left, Akram Afif dribbled down the left flank and cut back to Nam Tae-hee who took it first time with his left but goalkeeper Lak was present to save.

Afif tried his luck again in the 82nd minute, cutting inside from the left but again Lak was untroubled, comfortably saving.

As the two teams looked set to head into extra time, it was finally third time lucky for Kasir who rose unchallenged to power in a header from substitute Omid Alishah’s corner, beating goalkeeper Saad Al Sheeb and sending his side into the next round with his second goal of the 2020 AFC Champions League campaign.

Persepolis join Saudi Arabia's Al Ahli Saudi FC and Pakhtakor of Uzbekistan in the quarter-finals, with the draw scheduled for Monday. Al Nassr and Al Taawoun SC square off in an all-Saudi affair in the last of the Round of 16 ties later on Sunday.