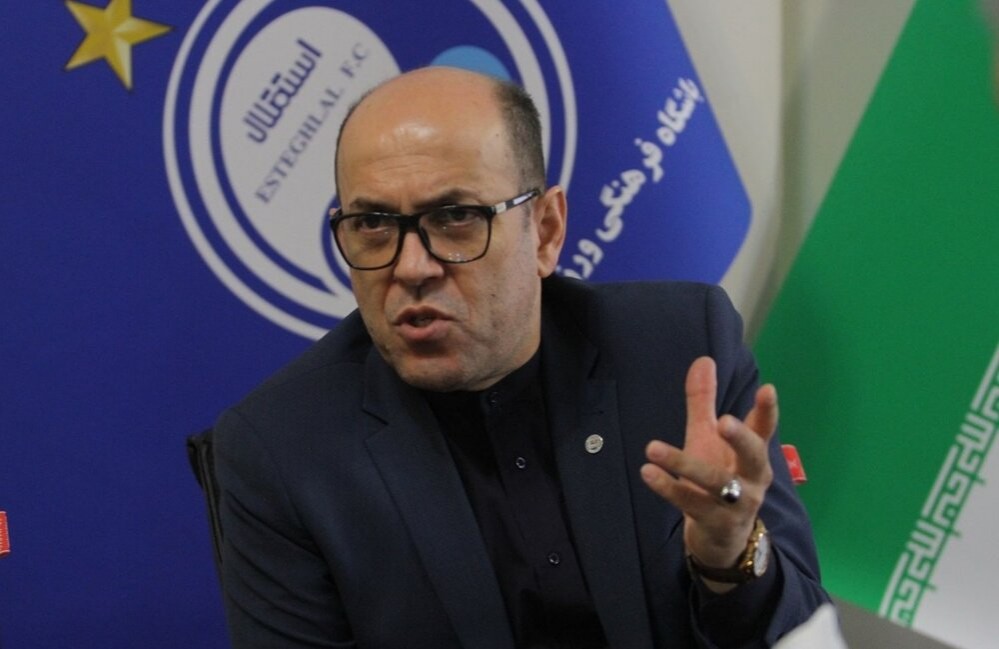 Tehran Times - Esteghlal football club general manager Ahmad Saadatmand has made a strange revelation about the team’s players and said he is determined to reform the club.

The Iranian giants have been engaged in controversies in the recent weeks and the team’s players and managers are under huge pressure after they didn’t live up to fans’ expectations.

Following their 3-2 defeat to Tractor in Iran’s Hazfi Cup final in early September, the Blues were also eliminated from the 2020 AFC Champions League, losing to Uzbekistan’s Pakhtakor 2-1 in the Round of 16.

Now, Saadatmand, in a video message, has criticized some Esteghlal players and promised that he would reform the club.

“I am sorry to say that some of our players slept until noon and came down to eat breakfast at 1pm in Doha. Why should a player be active on social media four hours after midnight? Why should a player bring shisha pipe to Doha? I will surely fine the players who have violated the rules,” Saadatmand said.

“Esteghlal are a cultural club and about 30 million fans hope that their players do their best onto the field but some of them are active on social media four hours after midnight. As long as I am here, I have zero tolerance for these misbehaviors. I want to reform the club’s structure,” he added.