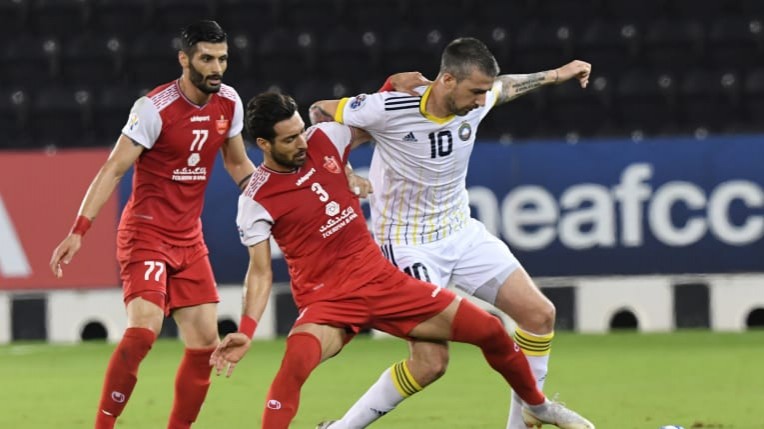 AFC - A second-half brace from Isa Al Kasir earned Persepolis FC a 2-0 win over Pakhtakor in the quarter-final of the 2020 AFC Champions League and a place in the semi-final for the third time in four years.

Jordanian referee Adham Makhadmeh referred to VAR before sending Masharipov off, making it the first VAR-reviewed red card in the history of the AFC Champions League after the introduction of the technology at the quarter-final stage of the competition.

Persepolis created the biggest chance of the first half with just seven minutes to the halftime whistle when left-back Saeed Aghaei advanced into the byline and delivered a pinpoint cross for Kasir who headed just wide.

After the break, coach Yahya Golmohammadi looked to take advantage of his side’s numerical superiority, piling the pressure on Pakhtakor and the plan yielded results within four minutes as Hossein Kanaani supplied a through pass for Siamak Nemati down the right and the number 88 squared for Kasir who converted first time past Eldorbek Suyunov to put Persepolis in the lead.

Pakhtakor had a rare chance in the 63rd minute after Dragan Ceran capitalised on some sloppy passing at the back, snatching the ball and squaring for OdiljonKhamrobekov at the edge of the box to send an effort that was deflected off the defender and behind for a corner.

Persepolis doubled their tally in the 66th minute and again it was Kasir on the scoresheet. The striker got on the end of an Aghaei cross, beating goalkeeper Suyunov at the near post for his fourth goal of the 2020 AFC Champions League.

Pakhtakor worked hard to get back into the game, but their only sight of goal was a 78th minute effort from substitute Hojimat Erkinov that was comfortably handled by goalkeeper Hamed Lak who ensured his Persepolis side are through to the next round having not conceded in three consecutive matches.

The result means Persepolis face Saudi Arabia’s Al Nassr in the semi-final on Saturday, having faced their city rivals Al Hilal SFC at the same stage in 2017, losing 6-2 on aggregate.