PLDC - A look at the letter sent by Cheick Diabaté to Esteghlal in late August proves that the Malian forward could have terminated contract with the team by now.

Khabaronline reported on Tuesday that Diabaté had terminated his contract unilaterally but not so long after the report, the club released a statement, noting that the striker has given the club 10 more days for the payment of the debt.

However, the Iranian media also published image of a letter on September 9 allegedly written by Diabaté sent to the club on August 30.

Citing a FIFA regulation, the letter notes that Esteghlal had 15 days after the date of the letter to clear the debt but the club has not yet paid the striker his salary which amounts to $438,000.

A simple calculation proves that Esteghlal should have cleared the debt until September 14 and if the striker sought to give the team more time, he could have written new letters on September 15 or 16, not on October 6.

Diabaté was one of the key players of Esteghlal in the last season, scoring 15 goals for the team in 22 appearances and claiming IPL’s golden boot. 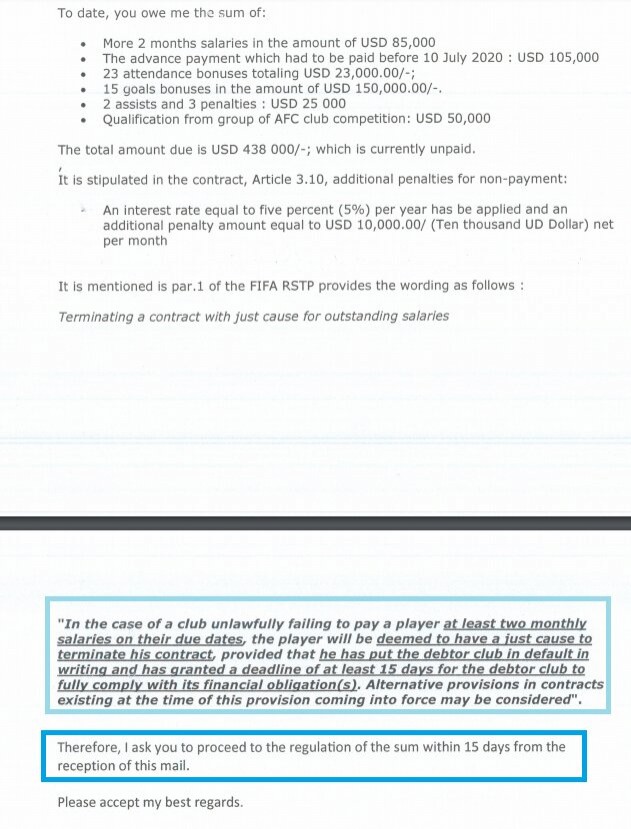