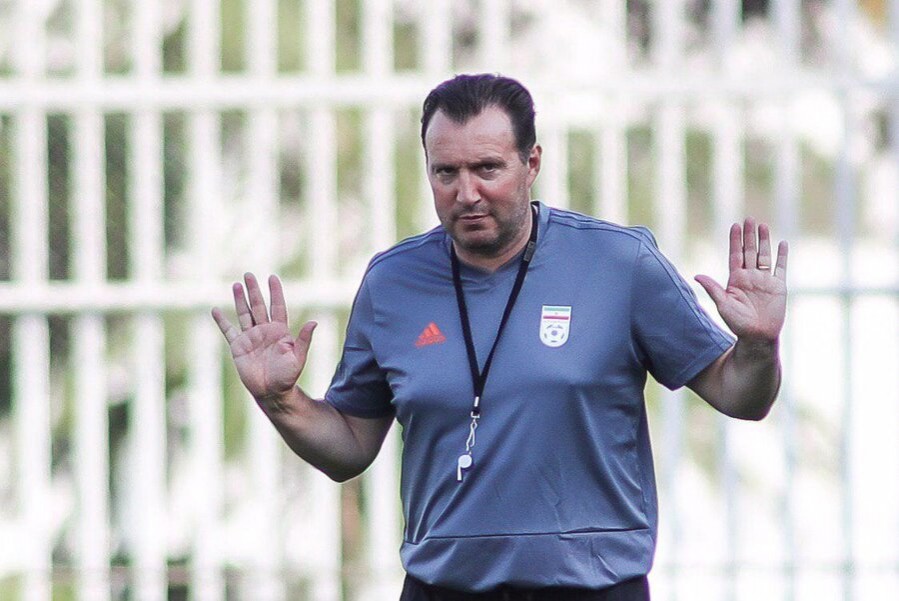 Tehran Times - The Football Federation of the Islamic Republic of Iran has recently issued a statement regarding the legal case of Marc Wilmots, the former head coach of the Iranian national team.

In October 2020, FIFA’s Players’ Status Committee sent a letter to the FFIRI, ordering the federation to pay a total sum of six million euros in compensation to the Belgian coach.

However, the Iranian football federation decided to submit an appeal to the Court of Arbitration for Sport (CAS) against the FIFA’s Players’ Status Committee decision to dismiss the fine.

The FFIRI, in its statement, has declared that it has received the grounds of the decision on Nov. 3, 2020. So, the federation has 21 days to appeal against the decision to the CAS.

“The Football Federation has reviewed the grounds of the decision and has taken necessary measures to file a lawsuit. In this regard, the federation will use all available legal capacities in the country, including the Deputy Minister of Legal Affairs, the Ministry of Sports and Youth, as well as Iranian sports lawyers,” the statement reads.

Tehran Times asked an International expert lawyer, who has previously cooperated with the FFIRI, about the process of the appeal and the FFIRI’s chance of success in its appeal against the FIFA’s verdict.

“Considering the grounds of the verdict, the important thing is to submit an appeal statement in due time. The appeal and the statement of defense must be legally comprehensive. The process of defense at the CAS includes both the verbal and written bill contrary to the FIFA’s disciplinary process, which is based on the non-attendance process,” the expert, who didn’t want to be named, said.

In its statement, the football federation asked the national media and press not to circulate and publish documents related to Wilmot’s case to avoid speculations and undue comments that might be used against Iran’s appeal by the CAS.

According to the FIFA verdict, the Iranian Football Federation will have to pay compensation in excess of six million euros (6,137,500 euros) to the 51-year-old coach as compensation for breach of contract plus 5% interest from 21 Jan. 2020 until the date of effective payment.

“The main reason for filing a complaint (by the former coach) is the complex problems related to the contract's execution and failing to pay his salary on the due time,” the International sports lawyer said to Tehran Times.