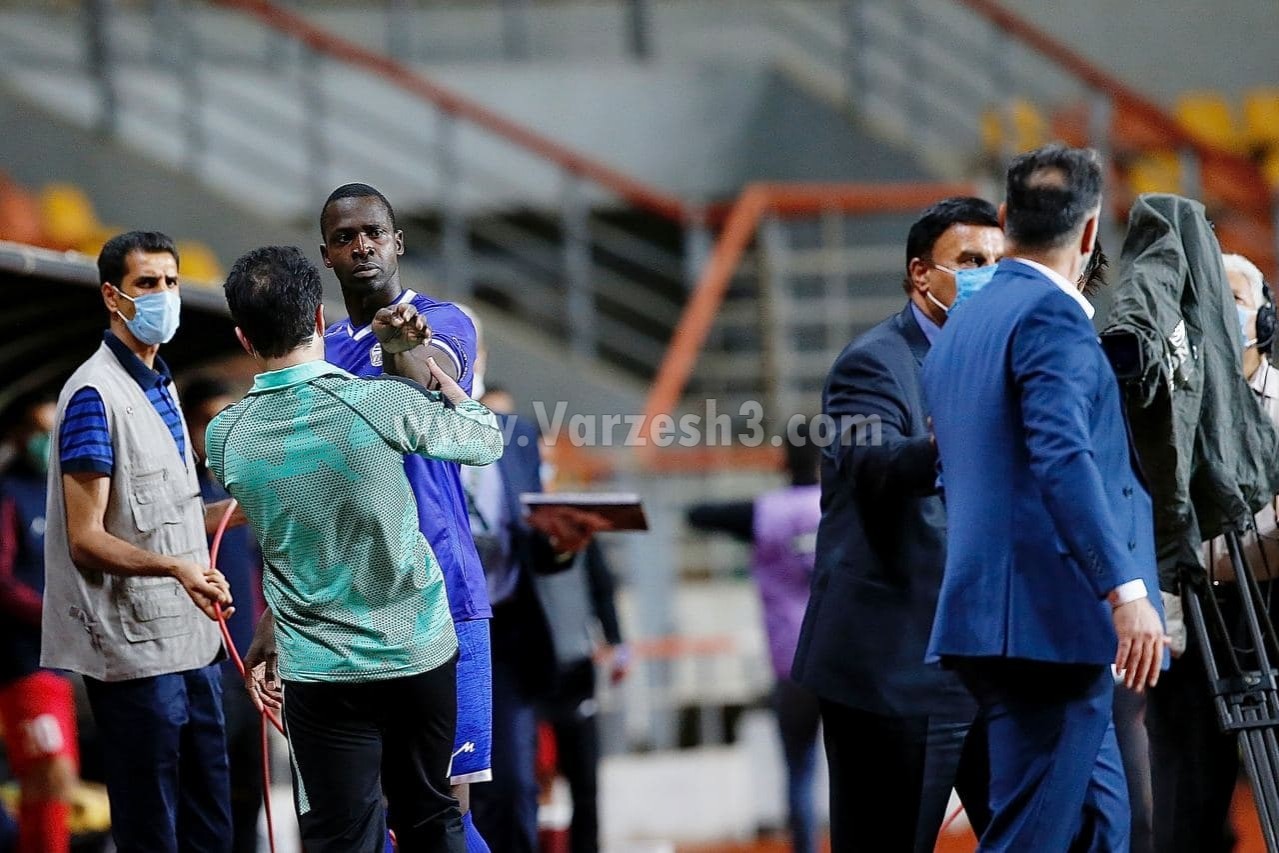 PLDC - Malian striker of Esteghlal FC Cheick Diabate had faced a temporary ban by the club due to disciplinary issues.

Diabate, the best goal scorer of Esteghlal and IPL in the last season, was preparing to enter Friday's game against Foolad in the 87th instead of Arsalan Motahari, however, the team head coach Mahmoud Fekri suddenly withdrew the request.

This had reportedly made Diabate angry, forcing him to react to the decision.

Rumors were circulating from Friday that Fekri and Diabate have had a verbal dispute in the locker room and today, the coach did not let Diabate participate in the training session.

In a statement on Saturday, the club noted that 'no player' is bigger than the name of Esteghlal. Due to the 'disobedience' of Cheick Diabate to the directions of Mohmoud Fekri, the player was banned from participating in the training session and his case will be handed to the club's officials, read the short statement.

One of the main concerns of Esteghlal fans in the summer was Diabate's staying with the team. He joined the Blues with delay and a minor injury blocked his efforts to play for the team in the first two matches of the IPL.

Esteghlal conceded a 2-1 defeat against Foolad at Foolad Arena of Ahvaz on Friday on the matchday 2 of the Iran Professional League.