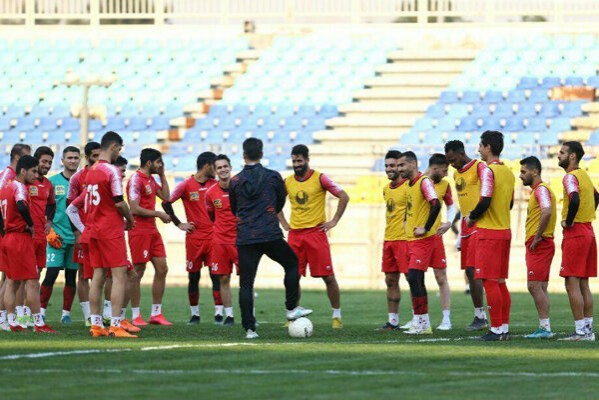 Tehran Times - Iranian football team Persepolis will travel to Doha Sunday night to meet the East Zone champions in the 2020 AFC Champions League but the Reds have not played an official match for three weeks and it's a worrying issue.

The Iranian giants hosted Shahr Khodro on Nov. 30 in Tehran but their next match against Nassaji in the league were postponed due to the coronavirus concerns.

Persepolis were scheduled to meet Zob Ahan on Saturday but the match was also called off after seven players of the Isfahan based football team tested positive for COVID-19.

It means Persepolis will play in the final match 19 days since their last match and it could be devastating for a team who are looking to win ACL title for the first time ever.

The Iranian team have reached final for the second time in three years and the fans want their team to end title drought in the prestigious tournament.

Persepolis have already lost prolific striker Issa Alekasir, who was handed a six-month ban prior to the Champions League semi-final against Saudi club Al Nassr for a "discriminatory gesture".

Iconic midfielders Vahid Amiri and Ehsan Pahlevan are not eligible for the match, while defender Shojae Khalilzadeh has left the team to join Qatari club Al Rayyan.

Persepolis will face either Ulsan Hyundai from South Korea or Japan’s Vissel Kobe in the final match but, without a shadow of doubt, both of them are armed to the teeth.

Playing most of the Champions League campaign in a biosecure bubble in Qatar has only compounded a fraught financial situation at the club, making the US$4 million prize for winning the competition all the more attractive.

The biggest motivating factor, however, is the chance to become the first Iranian club since Pas Tehran in 1993 to be crowned Asian club champions.

Persepolis will have a difficult task since they will meet the opponents who have played at the highest level and are well-prepared for the final.