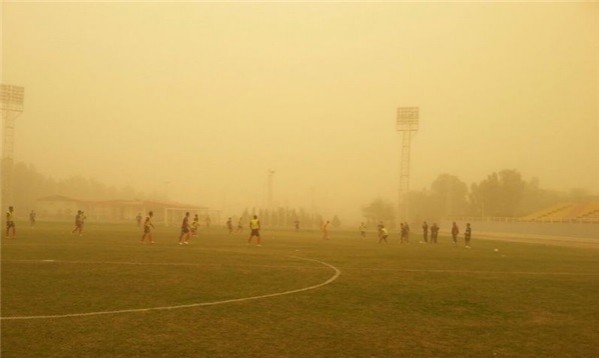 Tehran Times - Three football matches in Iran Professional League are on the verge of being postponed due to high levels of air pollution.

Esteghlal are scheduled to host Aluminum in Tehran’s Azadi Stadium.

Persepolis will also play Sepahan in the stadium a day later, while Paykan meet Nassaji in Shar-e Qods Stadium, southwest of Tehran.

Air pollution was the cause of nearly 30,000 deaths per year in Iranian cities.

Each winter, Iran's sprawling capital suffers some of the worst pollution in the world through thermal inversion -- a phenomenon that traps hazardous air over the city. A lack of wind and the cold air trap the pollution in the Iranian capital's atmosphere.

In previous years, authorities closed schools and allowed private cars onto the streets only on alternate days to reduce the air pollution in this city of over 10 million people. However, this year, despite coronavirus-related restrictions, Tehran has again faced high levels of air pollution.