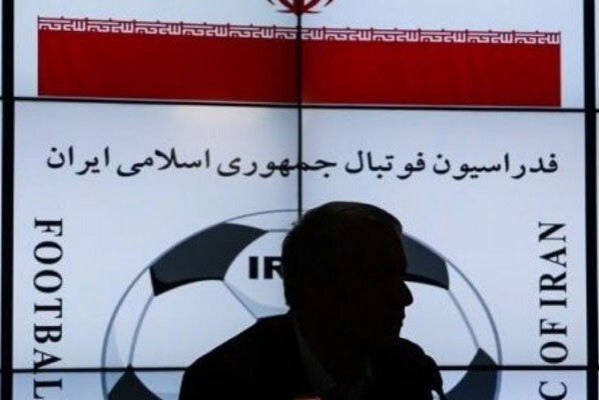 Tehran Times - Houshang Nasirzadeh, the former head of the Legal Committee of the Iran Football Federation, says that in the amended statutes of football federation, the former players will have the right to participate in the presidential elections and it will be a good thing for football.

The Football Federation of the Islamic Republic of Iran (FFIRI) sets to elect a new president on Feb. 28 as the date has been identified for the long-awaited presidential election of the federation.

The candidates of the FFIRI’s presidential elections have registered to compete for the most coveted seat in the country’s football.

The main candidates for the presidency of the football federation are the FFIRI Acting President Heydar Baharvand, the former member of the FFIRI board of directors, Shahaboddin Azizi-Khadem, Kioomars Hashemi, the former Deputy Minister of Sports, Mosataf Ajorlou, former General Manager of Pas football club, and most importantly, legendary Iranian footballer Ali Karimi.

Based on the football federation’s announcement, the validity of the candidates will be announced 21 days before the day of holding the FFIRI’s General Assembly. Accordingly, on Feb. 7, 2021, the electoral commission will officially announce the name of the candidates.

Houshang Nasirzadeh, the former head of the Legal Committee of the Iran Football Federation, said that the validation process has different stages which include checking the identity documents and resumes of the candidates.

“In the previous version of the FFIRI’s statutes, the candidacy validations were examined by a three-member committee including the secretary general of the football federation, a representative of the Ministry of Sports, and a legal expert,” said Nasirzadeh in an exclusive interview with Tehran Times.

“But after the amendment of the statutes, now a committee elected by the Assembly of the Football Federation is responsible for reviewing the qualifications of the presidential candidates,” he added.

It was in 2020 October that FIFA approved that the football federation’s new statutes. Then the statutes were approved by the General Assembly of the FFIRI, and after that, the elections’ date was set by the assembly.

Nasirzadeh believes that the presence of football figures like Ali Karimi in the elections will be good for Iranian football.

“Based on the FFIRI’s amended statutes, the former football players can register for the different positions of the federation. I believe that it will pave the way to a new era. However, nothing is clear about who will win the election, and also it is not guaranteed if a former football star will be a good president for the FFIRI. There was a constant criticism of why football figures are not running in the football federation elections but now the opportunity has been provided for them to register and compete for the presidency of the football federation,” Nasirzadeh concluded.