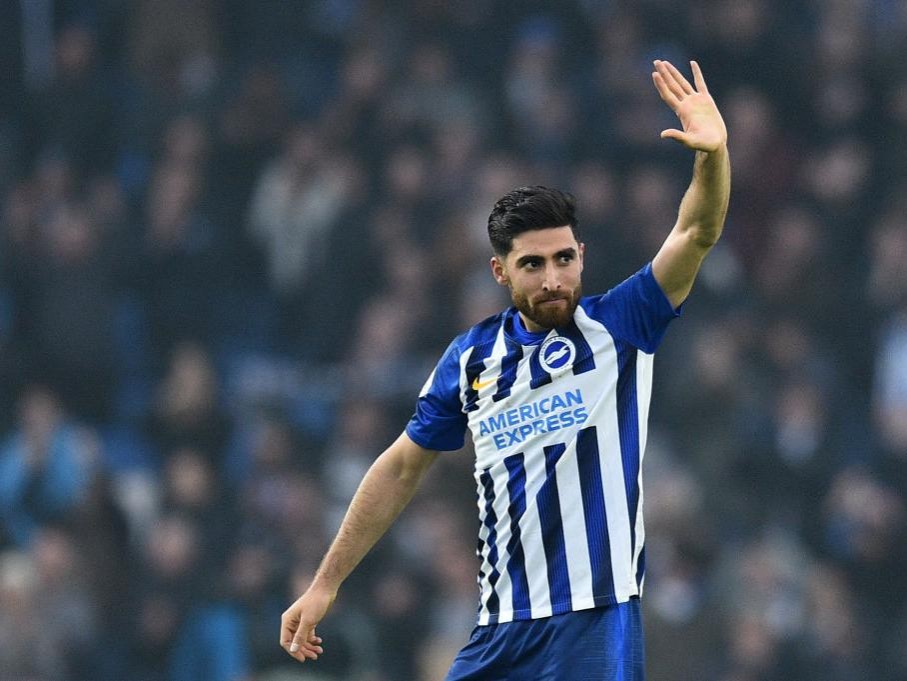 Jahanbakhsh has struggled for game time this season under Graham Potter and the 27-year-old was quoted recently as saying he is at a point in his career he has to "play a lot more and have better conditions."

The Iranian international signed from AZ Alkmaar in 2018 for a then club-record fee of £17m but has since endured a frustrating time in the Premier League on the south coast.

He made 24 appearances under Chris Hughton, without scoring or claiming an assist and the arrival of Potter from Swansea in 2019 saw little change in Jahanbakhsh's fortunes.

There have been glimpses of his potential, including a spectacular overhead kick against Chelsea last season, but a sustained run in the team remained elusive.

Jahanbakhsh said he had 'good offers' to move on last summer but was made promises by the club that he would get more opportunities this campaign.

He started well in the Carabao Cup matches, scoring against Portsmouth and Preston, but niggling injuries once again hindered his progress.

He has made 15 appearances in all competitions this season and last featured for Brighton at Newport in the FA Cup, where he sustained another 'minor injury.'

Ryan and Bernardo have been allowed to leave on loan this window and all the signs indicate Jahanbakhsh could be next, with a return to Holland a strong possibility.

"There are offers for me in every window," he said earlier this month. "But I have a contract with the Brighton club and everything must be done with their knowledge and with their opinion."

"You can never know," said Potter when asked if more players will leave this January. "You have to adapt until the end of the transfer window.

"You have always got to be mindful that players might be in a stage of their career where they want to play more for themselves, it might be better for the club that they play regularly somewhere else.

"There are always things in January that you have to consider but be open to anything and be ready to adapt if you need to."

Jakub Moder, Percy Tau and Michał Karbownik have all been recalled from their loans this month. The arrival of South African striker Tau in-particular could well pave the way for Jahanbakhsh's exit.

Tau made his debut at Newport in the FA Cup and also impressed when handed his first start during the 1-0 loss at Man City last week.

Tau is expected to feature in today's FA Cup fourth round tie against Blackpool, while Jahanbakhsh sits out with his 'minor injury' and perhaps plots his exit strategy from the Amex.

The signing of Tau has proved popular with fans, especially in South Africa where the former Mamelodi Sundowns player has a huge and vocal following on social media.

"I must admit I stay away from social media," said Potter when asked about Tau's profile. "I am aware that Percy has a huge following from South Africa and social media is a platform for that following to express itself.

"My focus is on the team, the club, and then to help Percy as best we can. I am not too interested in the noise from outside it is just to focus on that.

"We will try our best to help him, to settle into the team, the league, and a new country. We can't listen too much about what the outside world thinks or says."

The 19-year-old is due to arrive today and complete the formalties and then head out on loan to Tony Bloom's Belgian outfit Union Saint-Gilloise.

FUCK OFF POTTER! YOU are the CANCER!