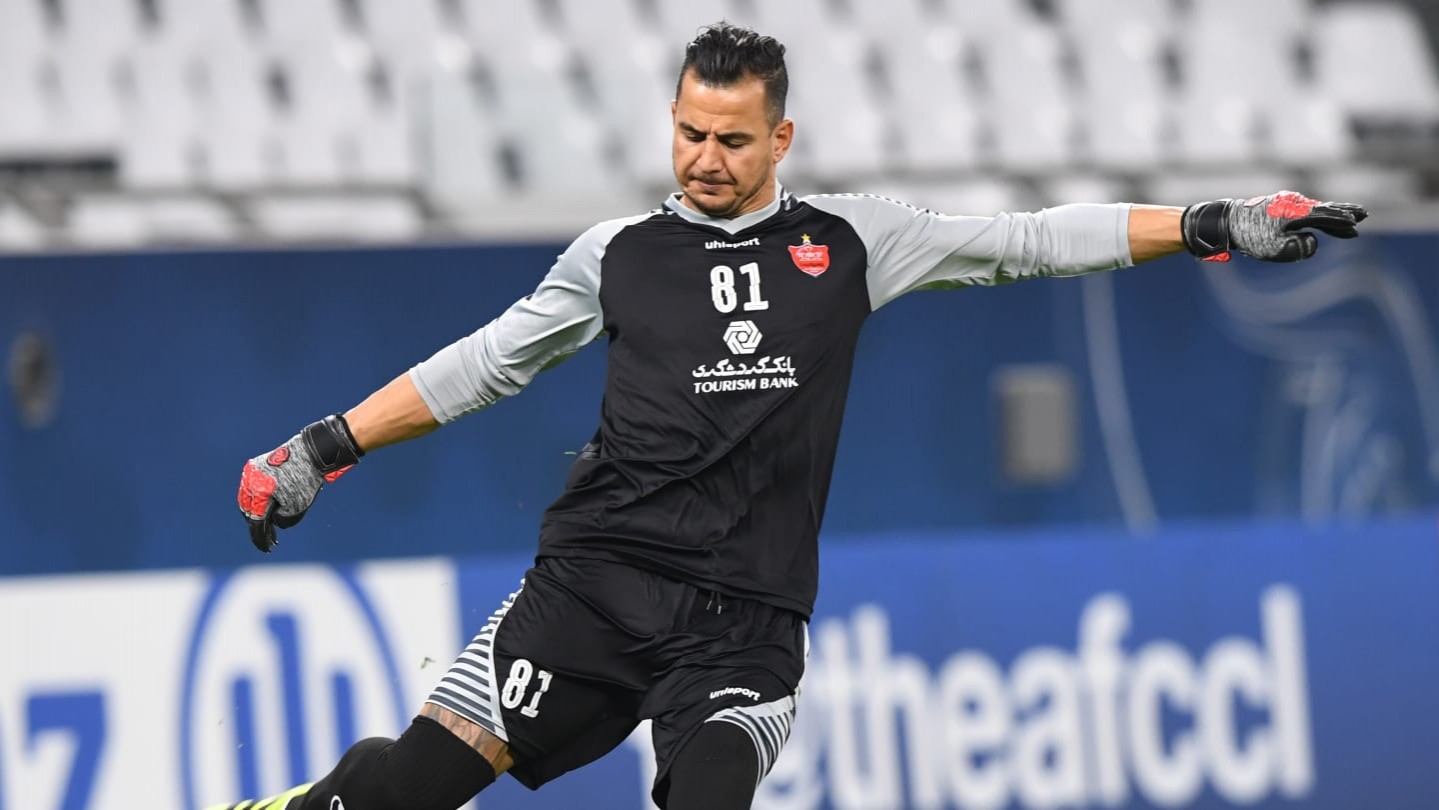 The 30-year-old shot-stopper resoundingly won the award, which recognises the best performer in the 2020 AFC Champions League season, based on votes from a combination of fans and independent experts.

Lak prevailed ahead of Ulsan Hyundai FC midfielder Yoon Bit-garam, who finished second having received the official award for the competition’s Most Valuable Player following the final in Doha on December 19.

Despite Persepolis’ defeat in the decider, Lak was instrumental in their charge through the tournament, with the Iranian side stringing together seven successive matches without conceding from open play.

In the eight games during the competition which featured Lak, Persepolis conceded a total of four goals - three of which were scored directly from penalty kicks. The other was conceded after Lak saved a Júnior Negrão spot-kick in the final, with the Brazilian striker converting from the rebound.

Making his achievement all the more impressive, Lak only joined Persepolis in September before keeping a total five clean sheets in eight appearances.

While Yoon departed Doha with the dual rewards of the AFC Champions League title and tournament MVP honours, the Asia’s Choice format delivered Lak a commanding win with 47.14 points.

The team success of Ulsan Hyundai and Persepolis was reflected in the voting, with five of the top seven players provided by the two finalists.