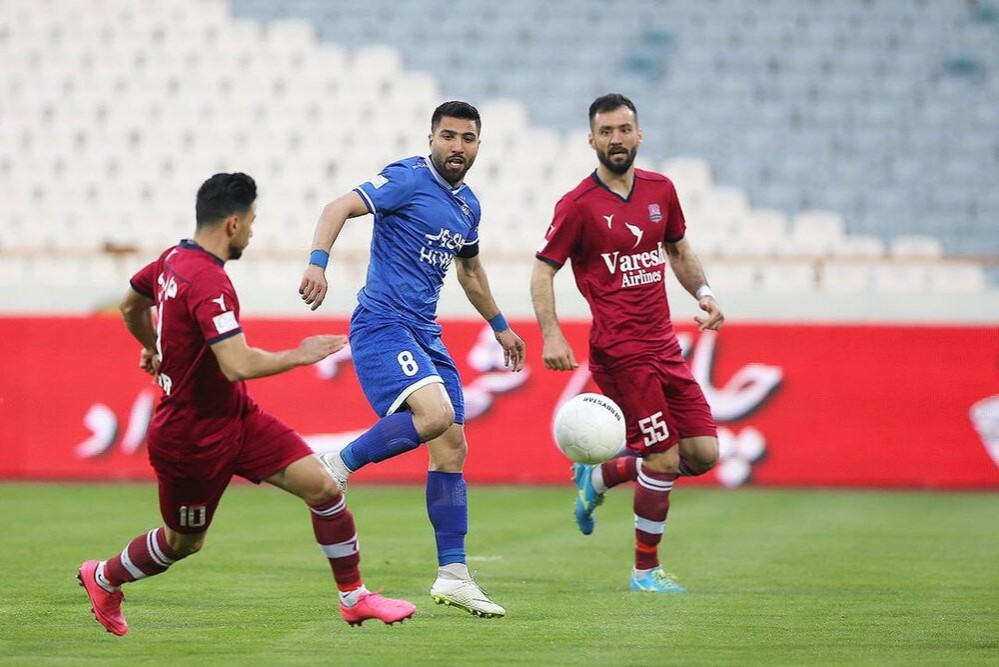 Farshid Bagheri scored the winner in the 86th minute with a fierce shot from edge of the area.

The Blues remain top of the table with 26 points, one point above Sepahan.

Earlier in the day, Sepahan defeated Zob Ahan 3-1 in Isfahan derby at the Fooladshahr Stadium. Sepahan striker Mohammad Mohebbi gave the visiting the lead just two minutes into the match. Danial Esmaeilifar doubled Sepahan’s advantage in the 78th minute on a counter attack. Hossein Shenani pulled a goal back two minutes later. Substitute Yasin Salmani made it 3-1 in the injury time.

Aluminum earned a late draw against Saipa in Arak. Mehrdad Heydari gave the visiting team the lead in the injury time with a header and Meysam Majidi equalized the match from a set-piece in the dying moments of the match.

Gol Gohar were held to a goalless draw by Naft Masjed Soleyman in Sirjan.

And rock-bottom Machine Sazi battled back from two goals down to draw 2-2 with Paykan in Tehran. Saman Fallah and Farzad Hatami scored for Paykan but Mohammadamin Asadi and Peyman Babaei scored two goals within one minute. Paykan defender Fallah was sent off in the 75th minute after receiving his second yellow card.