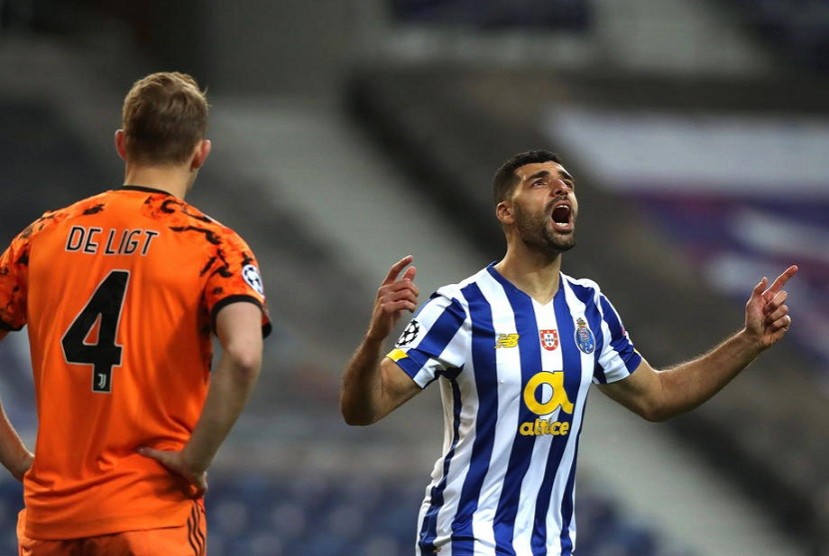 DAZN - The Portuguese side opened the scoring in the second minute of play.

FC Porto's run of consecutive Champions League clean sheets ended at five but they still defeated visiting Juventus 2-1 on Wednesday in the first leg of their round of 16 matchup.

The hosts struck in the opening moments of each half to secure the win, catching the Italian champions immediately off the kick-off twice in the same game.

Mehdi Taremi opened the scoring in the second minute of play, pouncing on a dreadful backpass inside the penalty area. Rodrigo Bentancur's ill-advised pass toward goalkeeper Wojciech Szczesny was hit with little power, allowing Taremi to lunge forward and knock the ball in before the Juve netminder could clear.

Taremi's early goal set the tone for the rest of the half, as Porto gave up few chances and defended stoutly on the opportunities that did arise for the visitors. After making it to the halftime break without giving up an equalizer, Porto got the game-winner just a minute into the second half through Moussa Marega.

The Porto striker received a pass in front of goal from teammate Wilson Manafa before taking a touch and firing home, doubling the lead and ensuring that Juve would have to score twice just to secure a draw.

A late Juventus goal by Federico Chiesa wasn't enough to salvage the match for the visitors, but it did give them less of a hill to climb during the second leg in Turin on March 9.