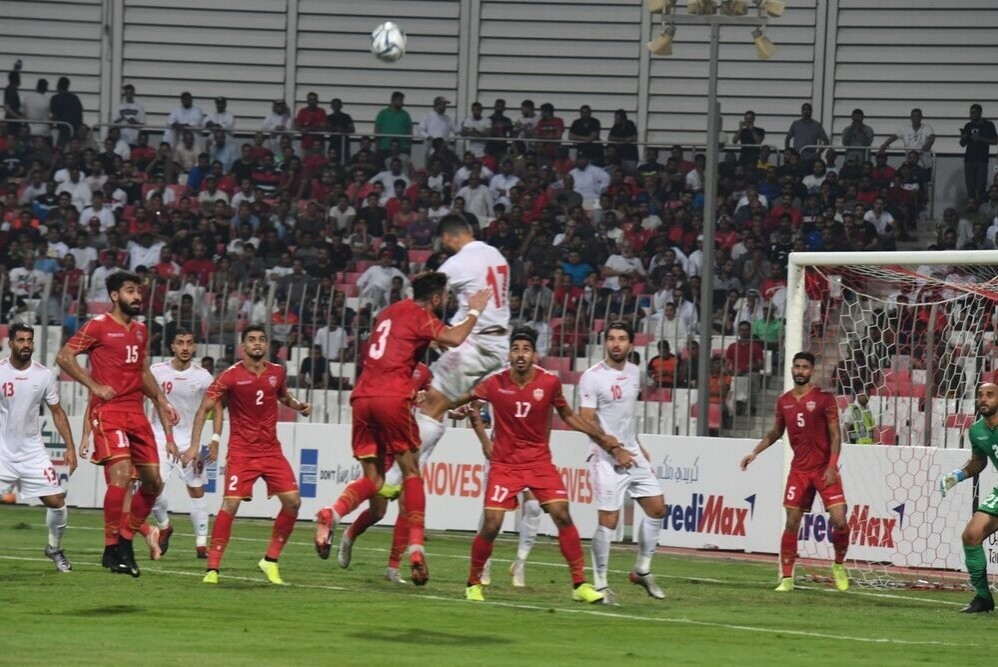 In late March, AFC sent a letter to Iran federation and said Shaikh Salman bin Ebrahim Al Khalifa has not intervened to select his homeland as centralized venue for the qualifiers.

The Football Federation Islamic Republic of Iran (FFIRI) has appealed to Court of Arbitration for Sport (CAS) against the decision in relation to choosing Bahrain as centralized venue.

To understand why this decision seems drastically out of sync with the selection of the other seven hosts for the centralized conclusion of AFC’s first round group stage joint qualifiers, we review the timeline below:

Online chattering appears on Iraqi and other Arabic social media platforms suggesting that Bahrain would be granted the hosting rights of Group C. This was at the time the decision to switch the home-and-away to a centralized format had not even been made.

AFC meets with its Member Associations to discuss how to deal with qualifiers in March in light of travel restrictions between nations across Asia. According to Iran’s head coach, Dragan Skocic, a message appears on everyone’s screen that March qualifiers will be postponed and switched to June FIFA dates when the competition will be staged on a centralized format. This follows the representative of Bahrain that they wish to stage the last eight matches of Group C.

Bahrain Football Association submits a letter inviting Iran Football Federation to accept their intent to stage the last Group C eight matches. Bahrain FA suggests that in addition to covering all local expenses - an AFC requirement - they will pay for the Iranian delegation international flights costs, which was not an AFC requirement to bid for the hosting rights. Presumably, Bahrain FA had extended the same offer to Cambodia, Hong Kong and Iraq. In the event of a member association’s objection to AFC’s selection of hosts, all other three countries in that given group had to agree on the same protest subject.

The Asian Football Confederation General Secretary - Dato’ Windsor John - submits a letter of query to the Iranian football federation querying how they will overcome challenges they face in light of international sanctions and a whole host of other reasons in relation to their applications to host a number of AFC competitions that their rights belong to AFC and their commercial partners. The letter included the joint FIFA World Cup / AFC Asian Cup qualifiers, a competition that the AFC and its commercial partners have no commercial interest in as per AFC’s own regulations and item 4 of the bidding document to host the centralized matches of those joint qualifiers.

Iranian football authorities respond to AFC’s letter dealing with all concerns expressed by Dato’ Windsor John. They also remind the office of the General Secretariat that AFC has no commercial interest in the current stage of the joint qualifiers and as such AFC and its commercial partners will have no presence or activity during the matches in Iran, similar to the Iran v Cambodia match in Tehran on 10 October 2019 during the same competition.

The AFC announces the eight host nations for the June Centralized qualifiers. Six of the eight seeded teams are designated as hosts. Australian government does not waive its 14-day quarantine for all international arrivals in their country and as such Kuwait’s bid is chosen over Jordan’s to respect the spirit of fair play. Jordan had hosted Kuwait in the first leg of their head-to-head between the two nations.

Iran is the only AFC seeded team with three home games against its direct opponents whose hosting rights are denied and given to Bahrain, the home country of the AFC President, Sheikh Salman bin Ibrahim Al Khalifa. Having played their first leg against Bahrain in Manama in October 2019, Iran’s Team Melli will have to play their “home” match against Bahrain again in Manama in the heat and humidity of the AFC President’s home country in June.

Iranian Football authorities submit a letter of protest seeking clarification from the AFC with respect to their decision to assign Bahrain as Group C’s host nation.

Iran submits another letter to AFC reminding them that the governing body of the sport in the continent has ignored their letters and the least they expect is an acknowledgement and exhibition of respect towards one of their member associations, not the least one of the fourteen founding members of the AFC back in 1954.

Iranian football officials send a letter to the office of the AFC President in Manama seeking a top urgent meeting with Sheikh Salman to discuss Bahrain’s hosting of Group C’s centralized matches.

AFC General Secretary - Dato’ Windsor John - responds to Iran’s letter of 15 March wherein he had been reminded of administrative protocols between AFC and its member associations - stating the same vague explanations as to why Iran had not been given the hosting rights to joint qualifiers. This time and unlike his initial letter of 5 March, Dato’ leaves out the international sanctions excuse as he had realized - but not acknowledged - the validity of Iran’s argument to that part.

Iran submits a 12-page dossier responding to Dato’ Windsor John’s vague and short explanations with facts and exhibits that if the AFC had taken into account, Bahrain should not have been given the hosting rights and Iran would have had to be selected as host.

At 10:00 p.m. in Malaysia and on a late Friday evening, Four hours after AFC’s receipt of Iran’s 12-page dossier of 19 March, Dato’ Windsor John responds to Iran’s request of 16 March to meet with Sheikh Salman, a letter that had not been addressed to him, advising Iran that Sheikh Salman would meet with the newly elected President of the Iranian federation in Manama, on Saturday, 3 April, a date that has special significance if Iran were to exercise their last option, i.e. taking the case to the Court of Arbitration for Sports in Switzerland. The deadline to submit their case at CAS was 1 April 2021, twenty-one days after AFC’s selection of host countries.

In the same letter, Dato’ Windsor John reminds Iran that the proposed meeting of 3 April in Manama will be to strengthen relations between the AFC and Iranian football authorities and the AFC President will not discuss the subject of Bahrain hosting since that decision was made by the office of the General Secretariat and as such “the President will not intervene”. This admission was a stark contrast to AFC’s own regulations that such decisions are made by their Competitions Committee, approved by their Executive Committee and finally ratified by FIFA as this particular decision also concerned FIFA.

Iran writes to AFC in relation to the 3 April proposed meeting that they had sought to discuss Bahrain’s hosting.

Iranian football authorities invite Dato’ Windsor John to an online meeting of Tuesday, 30 March for both parties to discuss the office of the General Secretariat’s decision to appoint Bahrain as Group C host. They further invite Dato’ Windsor John to join the proposed 3 April meeting in Manama along with their lawyer online so that the topic that Sheikh Salman intends to shy away from, can be discussed with the person who made the decision in the physical presence of the AFC president and Iranian football federation president.

By the end of business day in Kuala Lumpur, Dato’ Windsor John neither responds nor acknowledges Iran’s invitation to an online meeting.

Following non-responsiveness of the office of the General Secretariat, the Iranian football authorities see no point in travelling to Manama. Iran writes to advise the AFC that they will not travel to Manama as the subject matter of their “Top Urgent” request would be off the agenda and any discussion with respect to strengthening of relations between the AFC and their federation could be discussed at a later and more appropriate time. The 3 April proposed meeting date would have been after the legal deadline for Iran to take their grievance to CAS, as a last resort.

Iran submits their case to the Court of Arbitration for Sports minutes ahead of the legal deadline, having exhausted all their options to have an amicable resolution.

AFC Executive Committee meets with some members in attendance in Manama and some joining on line. The meeting is presided by AFC president Sheikh Salman and led by AFC General Secretary - Dato’ Windsor John - both present in Manama. Iran’s grievance and the CAS filing subject was not discussed at the meeting.

Case to continue to grip football in Iran with implications across the whole continent and beyond.

Although we win this obvious theft from AFC/Bahrain - the energy, time and economy spent to regain rights is already done. Thus AFC/Bahrain have already gained what they wanted to irritate and change Iranian mindset from winning to focus on...

Although we win this obvious theft from AFC/Bahrain - the energy, time and economy spent to regain rights is already done. Thus AFC/Bahrain have already gained what they wanted to irritate and change Iranian mindset from winning to focus on gaining home-rights. Focus on winning and only scoring goals on top of goals and win win win! Fuck the bought refs and AFC. Win with no mercy because none ever gives us any. Iran and Iranians unite!