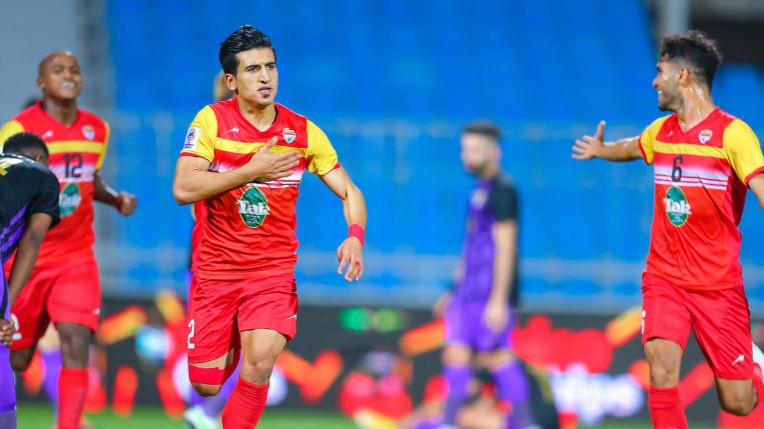 Foolad started brightly, taking the game to their opponents and looked to find space down both flanks behind Al Ain’s full-backs. Their first effort came in the 18th minute after Sasan Ansari collected a quickly taken short corner and fired from an angle, but his shot was deflected off a defender and behind for another corner.

Right-back Saleh Hardani made an overlapping run and was supplied by Ayanda Patosi before cutting into his left and blasting a shot that was tipped behind by Khaled Eisa. Mehran Derakhshan found space into the box to head the resulting corner kick, but his header went wide.

The Iranian pressure finally delivered the opening blow of the night four minutes before the break as a quick attacking move saw Ansari go on a jinking run then finding Farshad Ahmadzadeh who in turn fed the overlapping Hardani to slot into the bottom corner.

Head coach Javad Nekounam’s men wasted no time in doubling their tally immediately after the restart. A 48th minute corner was sent in-swinging by Patosi and met with a towering header from skipper Luciano Pereira, popularly known as Chimba, into the back of the net.

Domination of possession from Foolad was only interrupted by the occasional Al Ain attempt. Left-back Erik Menezes cut inside from the flank and attempted an effort from inside the box but could not find the target.

Soon after it was Foolad who found the back of the net once more as another Ansari break from the left saw him dribble past Saeed Juma and square for Patosi who controlled and struck a left-footed half-volley past Eisa to make it 3-0 with 55 minutes gone.

Al Ain’s misery was compounded by their own players mistakes as skipper Mohanad Salem and Japanese defender Tsukasa Shiotani were involved in a mix up allowing Ahmadzadeh to snatch the ball deep into the opposition half and feed veteran Chimba to apply a composed finish and round off the scoring at 4-0.

Bandar Al Ahbabi’s 90th minute strike from range was the biggest challenge for goalkeeper Mohsen Foroozan, but the Foolad number 68 was up for the task, ensuring his side walk away with a clean sheet in addition to the Group D ticket.