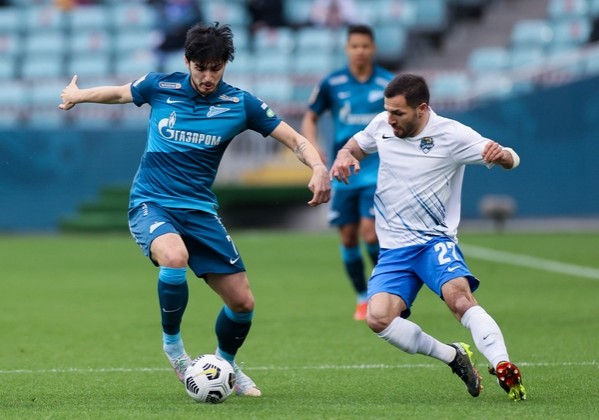 PLDC - Zenit St. Petersburg came from behind to defeat Sochi on Sunday night thanks two goals by Sardar Azmoun.

Zenit had the vast bulk of possession in the first half but chances were few and far between and both sides went into the break goalless.

Sochi took a surprise lead through Burmistrov just before the hour, but Sergei Semak's side's perseverance paid off and the Iran striker scored a pair of headers on 63 and 80 minutes. The first goal came unsurprisingly from a Yaroslav Rakitskiy freekick on the edge of the box and the second from a typical Douglas Santos down the left, reported the official website of Zenit.

Sardar sits top of the Russian Premier League goal scorers of the season with 15 goals. Artem Dzyuba is the next with 13.