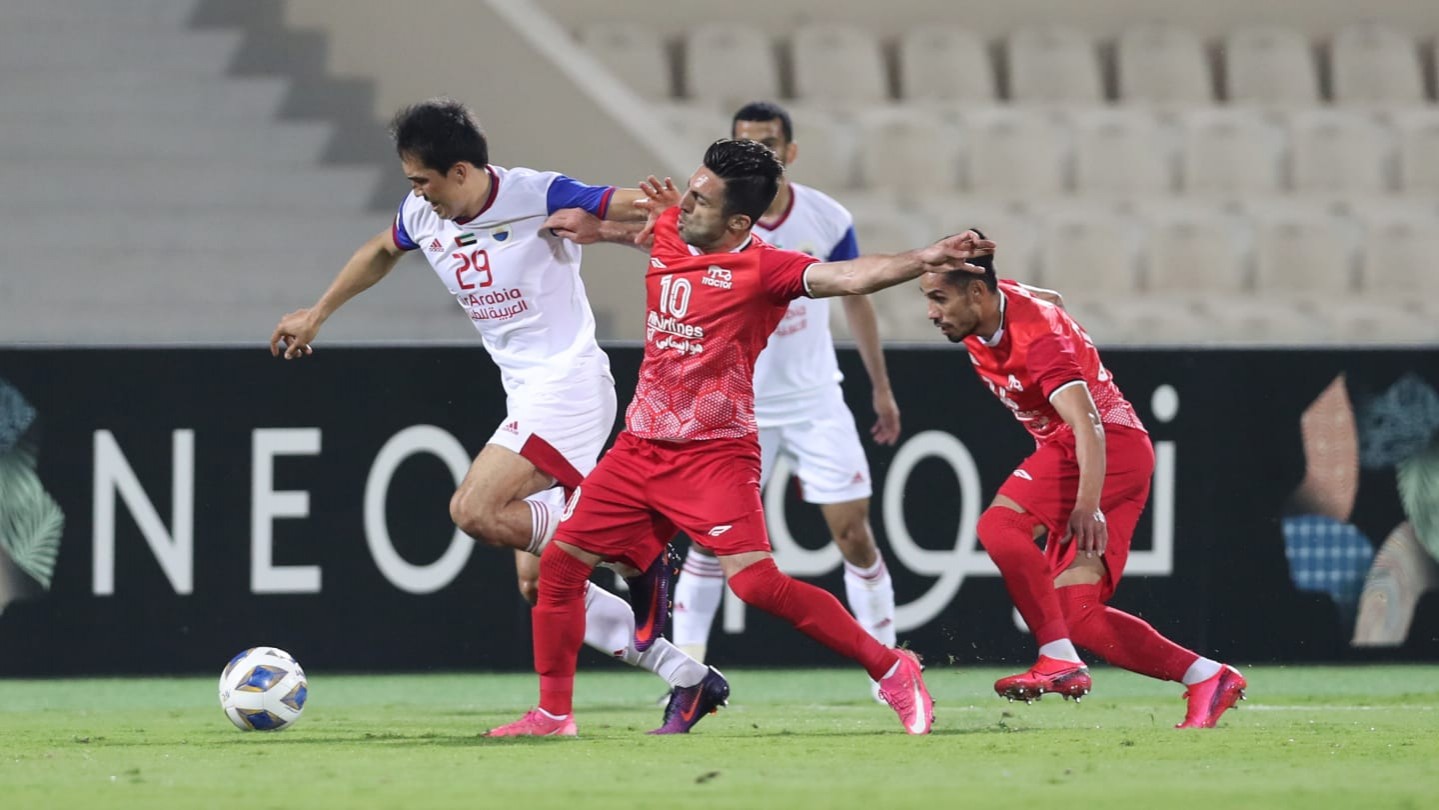 AFC - Tractor FC and Sharjah remained unbeaten after playing out a 0-0 draw on Matchday Two of the 2021 AFC Champions League Group B on Saturday.

Tractor went into the game determined to pick up their first win of the campaign after a thrilling opening day draw against Pakhtakor, while Sharjah, who had already beaten Iraq’s Air Force Club in the Group B opener, looked to consolidate their position on top of the group but neither side could provide the cutting edge throughout the 90 minutes.

The local side threatened inside the first two minutes as Khalid Bawazir, match-winner against Air Force Club just days earlier fired wide after being played in by Luan, who was lively throughout the first half.

Tractor’s first chance fell to Peyman Babaei inside the first quarter of an hour, the forward rose to meet Milad Fakhreddini’s cross from the right flank but his header was timid and Sharjah’s Adel Al Hosani gathered the ball with ease. A similar chance fell to Mohammed Abbaszadeh minutes later, with the same outcome.

On the other end of the pitch, Caio ran circles around the Tractor defence, rounding Mohammad Khanzadeh twice before attempting a shot from a very tight angle that didn’t threaten Mohammed Akhbari’s goalmouth.

Five minutes before the break, Caio went one-on-one with Akhbari after a cleared ball fell to the Brazilian who dribbled his way unchallenged into the penalty area and shot straight at the Iranian keeper.

The second half offered little in the way of goalmouth action with chances at a premium at both sides. A few minutes past the hour mark, Bawazir missed a golden chance to take his side ahead after he received a cross that a few heads had missed and left footed the shot high and wide, being just a few yards from goal.

Luan skimmed the far post with a lacerating long range shot - a shot that was the final chance of the game - after being played in on goal late into injury time.

The draw leaves both sides exactly where they were - Sharjah atop Group B, now on four points while Tractor sit in third place on two points, with the latter facing Air Force Club next while the former face Uzbek side Pakhtakor.