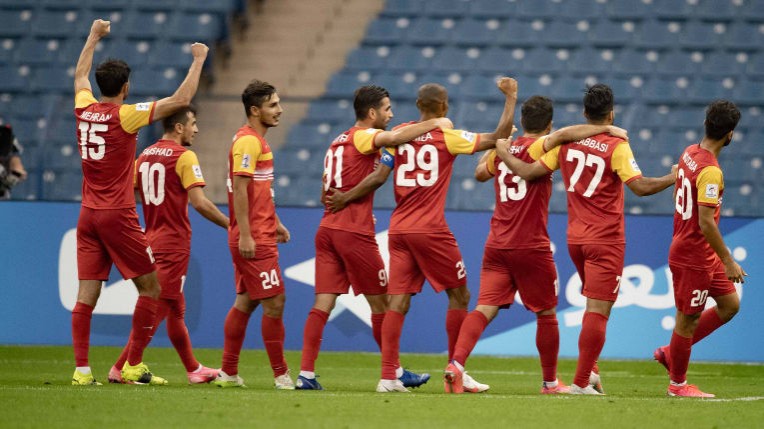 The match was decided by a 44th-minute penalty kick from Chimba, who netted his fourth goal in eight days to extend a successful run which began with last Saturday’s playoff victory over Al Ain.

The win sends the Iranian side into second in the group behind Saudi Arabia’s Al Nassr, who they will face on Tuesday, while Al Wehdat remain without a goal after two matches in their first AFC Champions League campaign.

With a point each going into the match, the opportunity existed for one of the sides to put their stamp on a group which had remained all square on Matchday One, and it was Foolad who comprehensively seized it.

It was one-way traffic from early on, with the Iranian side monopolising possession, and eventually scoring chances, in an opening 45 minute period which felt within their control virtually at all times.

Ayanda Patosi had the first real sight of goal in the 13th minute, and the chances began to mount when Ahmad Nawwas was forced into a double save to deny Chimba and Farshad Ahmadzadeh, before Mehran Mousavi narrowly missed with a header from the subsequent corner in the 26th minute.

For all their struggles, Al Wehdat nearly made it to the interval on level terms, but the breakthrough did arrive in the 44th minute, with the in-form Chimba easing home a penalty kick after Abdallah Nasib had handled a low cross from Mehran Derakhshan Mehr.

Al Wehdat boss Abdullah Abu Zema introduced Saleh Rateb at half-time, then made three more changes just after the hour mark in an attempt to change the complexion of the match and the Jordanian side did begin to keep the ball longer, albeit without causing too many problems for the Foolad defence

One of those substitutes, Anas Ahmad Hammad, became the first Al Wehdat player to have a shot at goal when he sliced an effort wide in the 75th minute, but Foolad should have made the points safe a minute later, with Mohammad Miri rolling an effort into the upright with the goal at his mercy after being teed up by Derakhshan Mehr.

Al Wehdat nearly made the most of that reprieve when Ahmad Zreik lashed an effort just wide shortly after, and they went closer still when Yazan Al Arab headed a corner kick onto the roof of the net with Foolad goalkeeper Mohsen Foroozan in no man’s land with five minutes remaining, but that proved to be the last of the clear cut chances as Foolad continued their march.