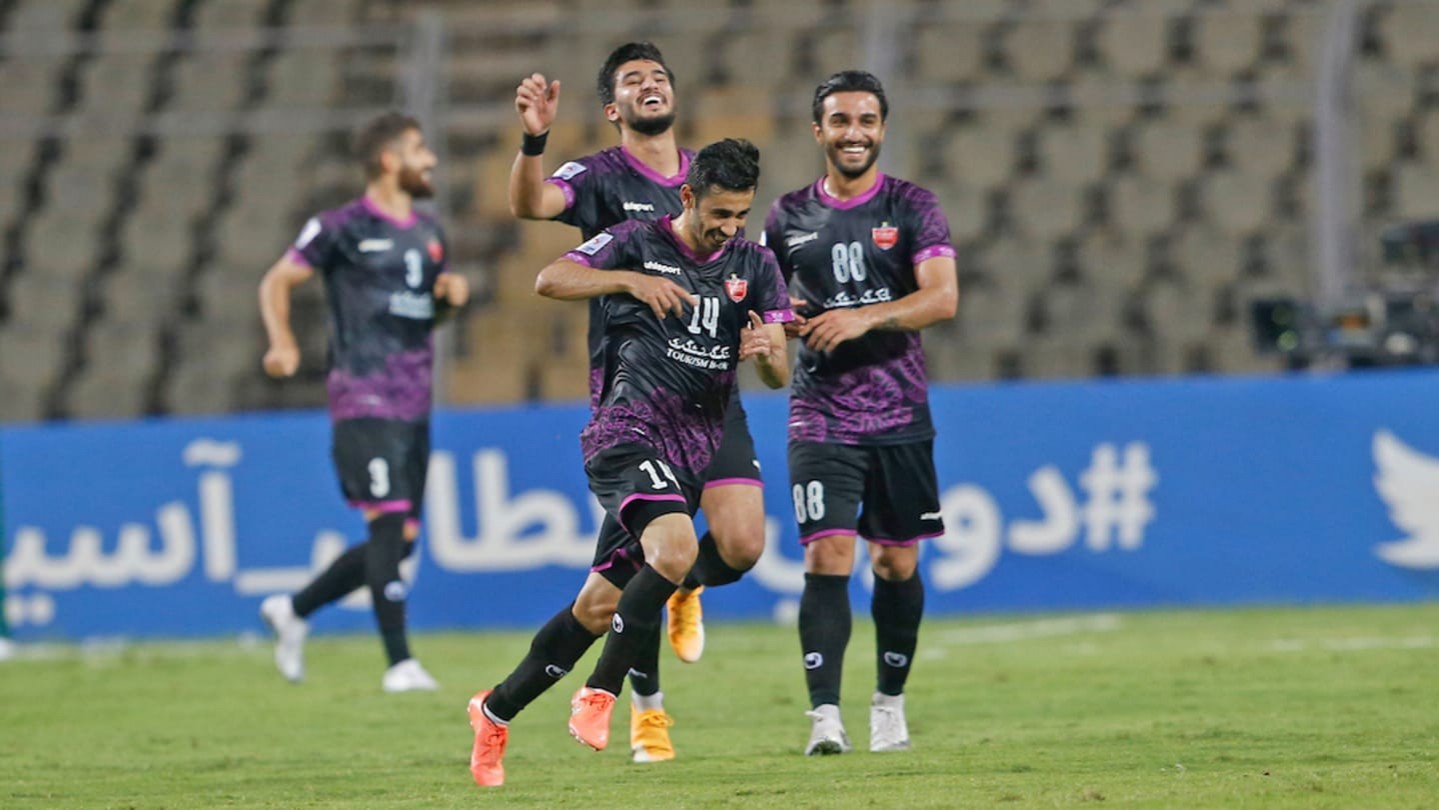 AFC - Persepolis secured top spot in Group E of the 2021 AFC Champions League on Thursday as Yahya Golmohammadi’s side bounced back from their loss against Al Wahda to hand Qatar’s Al Rayyan a 4-2 defeat that ensured their passage to the Round of 16.

The two-time finalists had slipped to a 1-0 loss to the club from the United Arab Emirates on Matchday Five, but they eventually claimed all three points against Laurent Blanc’s already-eliminated side after a nervy second half at the Pandit Jawaharlal Nehru Stadium in Goa.

Shahriyar Moghanlou opened the scoring in the 27th minute having earlier hit the crossbar with a header before Ehsan Pahlavan doubled the Iranian side’s advantage seven minutes later. But two goals from Yohan Boli kept Al Rayyan in contention in the second 45 minutes and Persepolis needed further efforts from Hossein Kanani and Isa Alkasir to confirm their fifth victory in six games in the group phase.

The Islamic Republic of Iran club had been dominant throughout the opening quarter of the game, with Moghanloo heading Vahid Amiri’s inviting cross against the woodwork having seen an earlier free-kick pushed to safety by Al Rayyan goalkeeper Fahad Younis.

Golmohammadi’s side finally – and deservedly – broke the deadlock in the 27th minute when Moghanloo finished off a rapid break that saw Omid Alishah feed Mehdi Torabi down the left before receiving the return pass and setting up Moghanloo to score from the edge of the area.

Pahlavan made it 2-0 seven minutes later when he twisted and turned on the edge of the area, beating Al Rayyan defender Abdulrahman Al Korbi twice before slamming a low right-foot shot past Younis as Persepolis claimed the cushion their first half performance warranted.

Al Rayyan, however, rallied early in the second half when Boli netted from eight yards out after Persepolis goalkeeper Hamed Lak was only able to parry Ali Farydoon’s long-range attempt three minutes after the restart.

By the 68th minute the Iranians had restored their advantage. The Al Rayyan defence only partially cleared a corner, allowing Torabi to send over a curling centre towards the far post that Kanani headed past Younis.

Boli struck again 18 minutes from time when Yacine Brahimi’s initial shot was blocked by the Persepolis defence, but the Iranians claimed their fourth less than a minute later when Alkasir netted from seven yards out, finally sealing the win that guaranteed his team top spot in Group E.