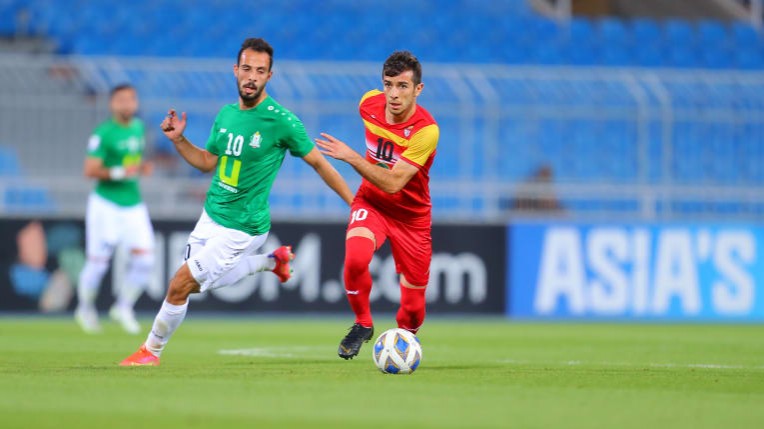 There was only pride on the line for Al Wehdat and Foolad as both sides were out of contention for a place in the knockout stage, but that didn’t stop the two teams from opting for an intense pressing style of play.

Foolad had the slight advantage in possession in the first 15 minutes, but an impressive display of defending by Al Wehdat saw the Iran club failing to make inroads into the box.

Al Wehdat, bolstered by their 2-1 victory over Al Nassr on Matchday Five, were happy to soak the pressure and launch the occasional counter attack, from which they were rewarded in the 27th minute.

Anas Al Awadat collected a long range pass in the final third and floated in a cross that slipped past Foolad goalkeeper Mohsen Foroozan’s fingertips, with Hassan Saad heading home from close range.

A stung Foolad pressed hard for the equaliser, with Chimba coming close at the half-hour mark with his strike from range with Al Wehdat custodian Abdallah Alfakhori diving to save.

Foolad’s Ayanda Patosi smashed his strike into a wall of defenders, before Mehran Derakhshan missed with his shot at the 44th minute as Al Wehdat held on to the lead going into the break.

Derakshan should have equalised four minutes into the second half when he beat the offside trap to connect with Mohammad Miri’s through pass, but his tame shot was no trouble for ‘keeper Alfakhori.

Foolad continued to hold the lion’s share of possession, but were reminded of Al Wehdat’s counter attacking threat in the 54th minute with Hassan Saad’s surge up the right flank, but there were no takers for his low cross into the box.

The lack of goals in the second half was no indication of the end to end action at the Prince Faisal bin Fahd Stadium, as Foolad went in search of the equaliser, with the Iranians left disappointed in the 77th minute when Patosi missed from close range after Farshad Ahmadzadeh had headed the ball to the unmarked South African.

Abdou N’Diaye could have doubled Al Wehdat's lead two minutes from time only to miss the top bar by a few inches, but it mattered not as the Jordan club stayed strong to secure all three points and finish third in the standings.